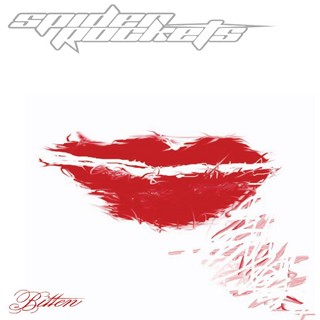 Review:
Striking a balance between ’80s glam and the crunchier riffs of ’90s hard rock is not only an uneasy task, but most bands frankly suck at it entirely. New Jersey’s Spider Rockets avoid most of the crossover pitfalls by primarily sticking to sleaze touchstones, merely using the simplistic chords and loud guitars of ’90s rock to underline their glam roots.

Actually, Bitten isn’t really even so much an ’80s/’90s hybrid as it is reminiscent of those early-to-mid-’90s albums that ’80s glam bands would put out in an attempt to modernize their sound. Most of those cases were failed, misguided attempts to hang on to a fan base that was bailing on them in droves for the greener pastures of punk and grunge (think such notorious disasters such as Def Leppard‘s Slang and L.A. Guns‘ American Hardcore). The upside to this being 2012 is that punk and grunge are no longer the cash in opportunities they were 15-20 years ago, and God knows selling glam won’t get you rich anymore, so anyone currently plying these styles in a purely melodic sense are doing so in all earnestness.

Sincerity is in fact written large across the ten tracks on Bitten — well, nine of them at least, as there’s also a completely obligatory cover of Golden Earring‘s “Twilight Zone” which adds absolutely nothing to either the original song nor this album as a whole. None of the songs are truly stellar, but each has its own identity — its own blend of crunch and finesse — and aside from that “Twilight Zone” cover there’s really not a bad tune in the bunch.

Ultimately Spider Rockets will appeal to the nostalgia crowd — for better or worse. Sounding often like a female-fronted version of late period glam/AOR entries such as Jackyl, Ugly Kid Joe or Saigon Kick, the band should be commended for playing it straight and not just playing up the sex kitten image. But the vast majority of their potential fanbase is going to be those who feel that the hair band era peaked around 1992… which isn’t necessarily a bad thing. Most retro bands these days are shooting for more of a 1984 or 1987 era sound, so Spider Rockets are in truth cultivating a relatively untapped market. Get a new band name though… seriously.