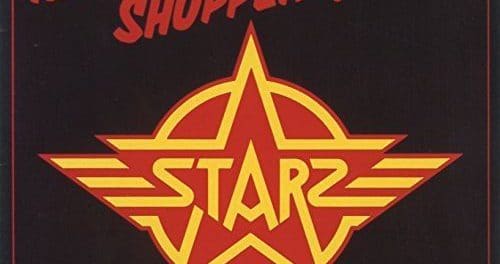 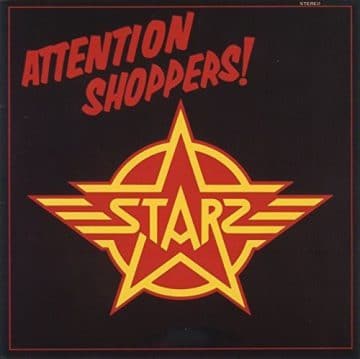 Review:
For a band that most of the free world never heard of, ’70s New Jersey rockers Starz may have influenced more famous ’80s musicians than just about any “unknown” band. Unfortunately, Starz would suffer the backside of being ahead of their time which in theory is a cool thing to be, but for some a wicked swap with massive fame and fortune. They have been named dropped and covered by the likes of Poison’s Rikki Rockett and Bret Michaels, and mentioned as an influence on bands such as Twisted Sister, Mötley Crüe, and the previously mentioned Poison but just a look and listen over the Starz catalog reveals a much deeper impact on music through the decade past the band’s heyday. It’s obvious that the band cultivated an early look and sound that would pop up in the ’80s by way of American bands like Warrant and Rough Cutt but later released album chock full of power pop catchiness that groups like The Knack, Greg Kihn Group, Candy, Fotomaker, and more would use to try and gain power pop success. In essence, Starz unintentionally bridged the gap between late ’70s/early ’80s pop rock and pop metal and they did so in a mere two-year span between 1976 and 1978. Sure there were similar bands, some that even shared a connection to the band KISS, like say Boston’s New England but few other bands truly had a look and sound in the mid-’70s that other bands would ride to success in the years after. Starz were truly one of a kind and despite the KISS connections (Bill Aucoin, Sean Delaney) are fortunately more thought of for their music than anything else. Matter of fact, the band over the years even strayed away from the fact that singer Michael Lee Smith had a more famous sibling in teen idol / singer / actor Rex Smith.

In the ’70s, I was all about pop, bubble gum, and glam rock. Not surprising as catchy songs were all over the radio and I had been introduced early on to the likes of Alice Cooper, T. Rex, Bowie and Sweet, and as the ’70s rolled on just totally wrapped up in bands like KISS and Angel as well as cheesy pop bands like the Bay City Rollers. But I also loved scouring the record bins for cool looking albums (an obsession that still exists to this day) and one day, I came across the huge yellow on black Starz logo on the cover of the debut 1976 release and in one afternoon fell in love with songs like “Tear It Down” and “She’s A Fallen Angel.” After proclaiming my allegiance to this “new” band, the next day at school, I was informed that they had an even more popular release already out — Violation — an album put out just a couple months before my discovery of the band. So like any manic 11-year-old kid totally in love with rock and roll, I jumped on my bike after school and flew to buy a copy and while a bit more poppy, I immediately took to tracks like “Cherry Baby” and the ever cool “Subway Terror.” Speaking of influencing and covering, early ’80s band Sweet Pain featuring bassist Kelly Nickels did a killer rendition on their debut album for Combat Records. Of course now, I only wanted more and though I had to wait a while, the next year was jazzed that Starz not only released what would turn out to be their Capitol Records swan song, but also the super cool and ultra catchy Attention Shoppers!

In early 1978, I was still in possession of Christmas money and despite the lure of everything from candy to Saturday afternoon movie matinees, and more music, I had managed to hang on to just enough dough to instantly plop the cash on the counter when I came across Attention Shoppers! in the post store music department. Looking back, it’s just insane that I even had money with all the amazing albums that came out between 1977 and the start of 1978. Just one look at the rock albums that came out between January 1977 and December 1978 and it’s no wonder so many kids in the ’70s went on to be in killer bands in the ’80s! But anyway…

Even now, Attention Shoppers! is an awesome listen starting off great with “Hold On To The Night”, a track as infectious as any power pop tune then and after. Years later, some of my friends and I would joke that this track alone was the outline for half the sitcom theme songs in the ’80s and ’90s but like I mentioned earlier, Starz were a bit before their time. Even the second track, the contagious “She”, isn’t even as catchy despite being loaded with hooks. In 1978, I remember thinking I could get a girl’s attention with the song. Now, it’s funny thinking that the last time I saw the video for this song on the Starz‘s Central YouTube page, it said that the band have been “Rocking young Russians Girls since 1976!”

It wasn’t until years later that I saw the possible irony in the third track being called “Third Times’ The Charm.” At the time I could see much of myself in the song despite my age — always chasing and looking for the right girl. Over the years, despite a great love of most of the music of Starz, this single track would be the one that I would refer to at odd times to cover acoustically. Easily an early example of the power ballads that would rule the airwaves in the ’80s.

While I wouldn’t realize it until the ’90s, in some of the music of Starz, you can hear the floating drums and strumming guitar featured by so many bands years later like the Gin Blossoms, REM and Soul Asylum, which in some ways is also not surprising as those bands claim an influence in similar ’70s band Big Star, a Memphis group also capable of writing powerfully catchy songs while staying true to the whole of the tune. Perhaps no other Starz song carries this comparison as much as “(Any Way You Want It) I’ll Be There.” Thinking back to the ’90s, there were tons of local bands across the Southeast writing catchy, original strummy tunes with sing-a-long choruses and I’m sure that if I took the time to look, they existed outside of cities like Atlanta, Charlotte, and Athens, GA as well. It’s really funny listening now and hearing the similarities between the music of Starz in the ’70s and alternative pop bands in the ’90s but that’s just a reminder and testament to the timelessness of their music and further proof that they were indeed ahead of their time. It is certainly enough to make me curious as if any of those ’90s bands were/ are even familiar with Starz.

Now if you’re reading this and are unfamiliar with the album Attention Shoppers!, you may just think that in 1978, Starz took the sweetest melodies from their previous album Violation and decided just go full on power pop but the next two tracks “Waitin’ on You” and “X-Ray-Spex” hark back to the more rock sounds of songs like “Tear It Down” from the band’s 1976 debut. While “Waitin’ For You” is still filled with hooks (let’s be honest, even at their hardest, Starz knew how to write a killer hook), “X-Ray-Spex” borders on not only ’70s cock rock but in some ways American punk which being from New Jersey, that type of musical angst is not unthinkable. I am thinking once again of the great Starz track “Subway Terror.” Both tracks, while fun, rocked pretty hard as far as other things happening musically in the ’70s but maybe not as hard as the album’s next track.

Sounding like a harder edged offering by Foreigner or early Triumph, “Good Ale We Seek” is a straight up ’70s rocker with pounding arena drums, monster guitar riffs, and wailing vocals. The fact that it starts and ends melodically as it does only adds to the track and I can still remember being caught off guard pleasantly the first time I heard this one as a kid. Although at that point in my life, I hardly had a clue about ale or any other kind of brew. It didn’t matter though it was cool and rocked, plain and simple.

OK, I’ll admit I have always had a soft spot for melody, catchy hooks, even bubblegum but while it’s a good track, I have never been a big fan of “Don’t Think.” Not sure why. All I know is the first time I heard it, my immediate reaction was that the lyrics were far more cheesy than even my 11-year-old brain was used to at the time. Listening now, it’s fun, but still kinda generic lyrically but I would have to think that others more than likely really dig it for the exact reason.

Now despite not possessing much talent in the guitar department, I have always been a sucker for a great melodic guitar solo and since my first listen, have counted the guitar work on “Johnny All Alone” among my favorites. For all the shame of Starz not finding larger success, it is just a much of a shame that guitarist Richie Ranno and the other members in the band didn’t get more props as musically they were each and all just as capable as any musician at the time regardless of level of success. Ranno alone still possesses an ability to blend intense guitar with incredible melody.

While many fans of the band would at first recommendation point to the band’s self-titled debut and follow up Violation as the best route to first checking out Starz, it has to be said that both 1978 releases Coliseum Rock and Attention Shoppers! add just as much to the legacy of a band that in my opinion can boast a pretty solid discography during their time on Capitol Records. Releasing four albums in two years alone is nothing to sneeze at (and these days, asking a band to do so would amount to mutiny) but between 1976 and 1978, Starz not only put out four albums (while touring), they put out four GREAT albums.