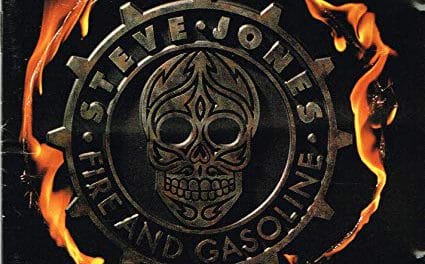 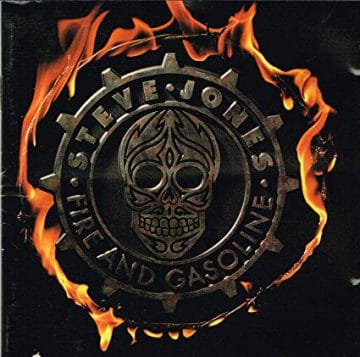 Review:
Steve Jones, the former Sex Pistols guitarist, set out to make a solo career for himself in the late ’80s. Jones spent time working with guitarist Andy Taylor (Duran Duran, The Power Station). Jones ultimately got signed by MCA Records, who ironically Taylor was signed to as well. Jones’ debut solo effort Mercy was shockingly weak, but not surprising given the company that Jones had been keeping at the time. Rock Candy Records has released both albums domestically, remastered and as per usual with deluxe essay and liners.

With Mercy having missed the mark, Jones regrouped for the next album, he began to co-write with Mötley Crüe’s Nikki Sixx, The Cult’s Ian Astbury, Rose Tattoo’s Angry Anderson and Terry Nails who would join as bassist in Jones’ band. Unlike its predecessor, 1989’s Fire And Gasoline packed enough punch to leave the listener begging for ‘mercy.’ Jones received a quite a bit of airplay both on rock radio and MTV with the lead-off single “Freedom Fighter.” The album was produced by the team of Mark Dearnley (Ozzy Osbourne, Mother Love Bone, Motörhead) and Ian Astbury.

Fire And Gasoline is a rambunctious, filthy, sleazy, gritty record that suits Jones to a tee with tunes the likes of, the aforementioned “Freedom Fighter,” “We’re Not Saints,” “God In Louisiana” and “Fire And Gasoline.” There’s also a pair of covers — the Sex Pistols’ “I Did U No Wrong” with special guest Axl Rose and listed as a bonus track, a ripping rendition of David Bowie’s “Suffragette City.” What a wonderful album that never got its due. Then again, isn’t that the case with most albums that get the Rock Candy Records treatment? Jones later surfaced in The Neurotic Outsiders with Guns N’ Roses and Duran Duran alumni, but that band didn’t quite capture lightning in a bottle like Fire And Gasoline did — with help!