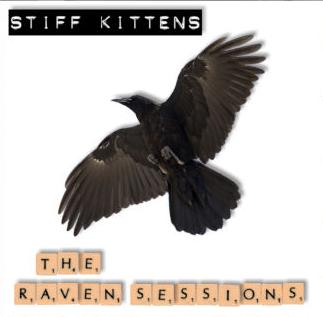 Review:
The Raven Sessions is a three song sampler from the pre-album sessions for Bullets…The New Black?, and it contains three completely different types of songs. In fact, it almost makes you wonder if it is even the same band!

“Big Boned” is a straight-ahead rocker with a great beat (an AC/DC like tempo) and a pop metal sounds, with slight southern overtones. “Lorenzo The Killer” sounds like U2 singing a Circus Of Power song, it really doesn’t work very well. However there is one song on this album that kicks ass — “The Raven”. Sure “The Raven” is a Cult knock-off, but it’s done so well who cares how original it is. It has all of the urgency that The Cult displayed in their prime, and even overuses the word revolution!

So with three unique sounds appearing on The Raven Sessions, it is hard to get a feel for what direction they will be heading. As long as they stay with the power of the first two songs they should be fine — a full release could turn into a pleasant surprise. Check the band out at stiffkittens.com and tourdates.co.uk.