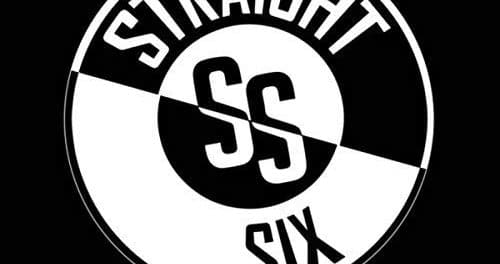 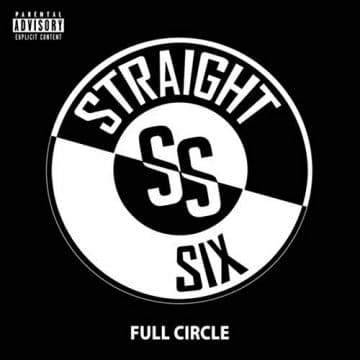 Review:
The year 2018 has brought us not one, but two albums, from Straight Six. After releasing a stellar six song debut EP, which drummer Joey Shapiro described in an interview with Sleaze Roxx as a “demo”, the group decided to re-record the six songs in a professional studio with an experienced producer, and add four songs which culminated into the debut full-length album Full Circle. Straight Six‘s debut full-length album is a polished affair and I notice quite a difference between the songs on the “demo” EP and the ones on the slicker debut full-length record.

Interestingly enough, I think that the ballad “What Would I Give” sounds way better on Full Circle than it did on the Straight Six EP. The song sounds so much more alive on Full Circle and the polished production seems to capture lead vocalist Jay Quintana at his best. That ballad was the weakest track on the EP but I don’t look at it that way anymore on Full Circle. I have always liked my music a little rough around the edges so I actually prefer the versions of the faster tracks “Aimed At Me”, “Middle Of The Ride”, “Old Back Road”, “21 Guns” and “Black & Blue” on the EP rather than on Full Circle. Please refer to my review of the Straight Six EP for my take on those five songs. Granted, the production on Full Circle really makes the music shine on those songs from bassist Glen Drieth‘s intricate bass parts to guitarist Eric Schaudies‘ Eddie Van Halen like playing to Shapiro‘s steady drumming. You can hear each instrument a lot clearer on Full Circle and it helps to appreciate just how talented these guys are. Drieth‘s bass playing in particular reminds me a lot of Billy Sheehan. If you had to give a bassist a solo in a song, my first pick would be Sheehan, followed closely by Drieth. They are almost like lead guitarists except with a bass guitar.

There are four new tracks on Full Circle that likely weren’t ready when the Straight Six EP was getting recorded and eventually released in February of this year. The highlight of those four tracks is definitely “Divided We Stand” which showcases the playing of both Drieth and Schaudies. The song has a killer groove and some very Van Halenesque parts. It’s definitely one of the best tracks on the album. “Back Home” and “Joneser’s Lane” are solid songs that fit nicely with the rest of the songs on Full Circle. The one disappointing track is the ballad “Cry All Night” which sounds way too commercial for my taste and seems really like a foray into the bland world of melodic rock. I have a hard time getting through that track and wish that song wouldn’t have been included on Full Circle.

I am kind of torn between the EP Straight Six and the debut full-length album Full Circle. I am sure that based on my interview with Shapiro, the band members prefer Full Circle but I actually prefer the grittier EP Straight Six even though it’s missing the very good “Divided We Stand” and the ballad “What Would I Give” sounds so much better on Full Circle. Nevertheless, Full Circle is a very good album and just as I predicted with the Straight Six EP, the band now has two albums that could figure on a top album list for 2018. Last year, Greta Van Fleet released two EPs and because the Sleaze Roxx readers’ votes were split between both EPs, neither figured on the year end readers’ list but if you combined the votes for both EPs, Greta Van Fleet would have finished at #14. Will the same fate plague Straight Six? Time will tell soon enough.