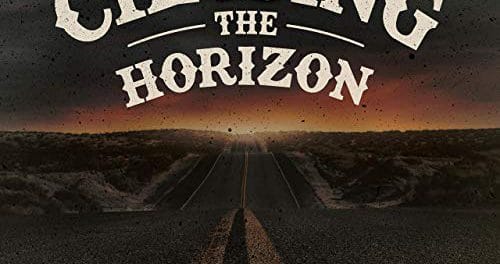 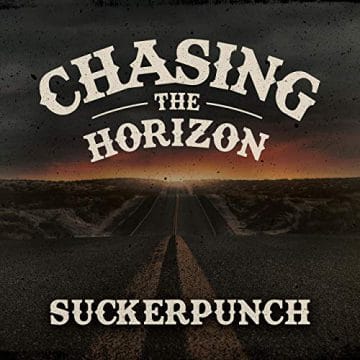 Review:
Suckerpunch are five guys centred in Skjern, Denmark. Together since 2009, they have released several EPs over the years, but Chasing The Horizon is the band’s first full-length effort. Suckerpunch operate without the backing of a major record label, yet they are still landing on the radar of European music festivals in 2019. According to guitarist Morten Flindt, Chasing The Horizon was recorded in a mere nine days in a northern Danish studio without heat… at least one band member almost had to quit due to sickness.

There are some serious throwback influences floating across the 13 tracks. Mötorhead, The Cult and Guns N’ Roses highlight the band’s favourite listens. I can really hear that, along with a style that accepts the history and embraces the new.

Opening track “Leaving Country Hell” has some cowbell, some sleaze guitar work, Frank C. Starr (Four Horsemen) vocals, and a wicked Slash style solo. An excellent entrée to what is to come. Title track “Chasing The Horizon” presents as a wide open reflection of the song title and the album as a whole. Singer Kurt Noesgaard shifts style somewhat and elicits The Cult‘s Ian Astbury. There is some kind of Black Stone Cherry thing going on with “Snake Bite.” It has both the open blues sensibility and the harder elements that make Black Stone Cherry so popular.

The power ballad “Longing” could have been written and recorded in 1988, comparable to Kix, Faster Pussycat and even L.A. Guns. While I enjoyed the memories, I’m not a ballad guy so… moving on. Geeze, “Come On Over” has a great Circus Of Power sound in the verse. Not crazy about the chorus as I find it softens the overall aggressive delivery of the song itself.  There’s a cool insanity about “Dirty Bitch” that really works as balls out with no expectations. I love how “Tattoos ‘N’ Booze” and “What Do You Want” really throws back to the London Quireboys party rock and sing-along choruses. Meanwhile, “Riding With The Devil” and “Give it All” offer an L.A. Guns style “Rip N Tear” intro guitar line that’s pretty infectious.

Chasing The Horizon contains two additional tracks that I’d really rather not talk about, but here goes. For some reason, Suckerpunch chose to cover the old Kenny Rogers hit “The Gambler.” I guess it’s OK, if you’re into metal covers of country songs. The song is good enough to be different, but not different enough to be memorable…. Finally, since its Christmas, and in Canada people are complaining about being offended by 60 year old seasonal songs, Suckerpunch offer “Run Run Rudolph.”  Originally made famous by Chuck Berry in the ’50s, this version would fit in nicely between “Mistress for Christmas” by AC/DC and Twisted Sister’s “I Saw Mommy Kissing Santa Claus.” Merry Metal Christmas!

I really enjoyed investigating Chasing The Horizon. Suckerpunch are clearly students of their hair band history, and its great fun. While I have compared many of their songs to ’80s bands, it is important to note Suckerpunch are not copying, they are honouring while innovating, and that’s an important distinction. The band has produced this album independently, and it sort of sounds like they didn’t have the best recording experience either physically or sonically. I would love to hear what they could do with a bit of money and a quality producer/studio behind them. You can find this album on Spotify or by contacting them directly. As an indie band, there is no real budget for YouTube content, so I have linked to what’s available. Thanks to Morten Flindt for the background information

And here it is, merry ChristmasSuckerpunch present to you our take on Chuck Berry’s Christmas carol; “Run Run Rudolph.” This is the first from us in a long t…