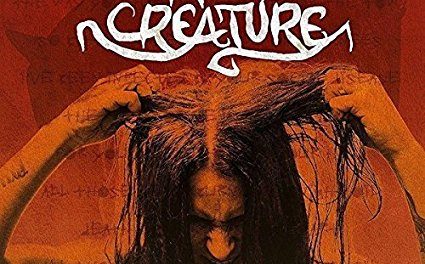 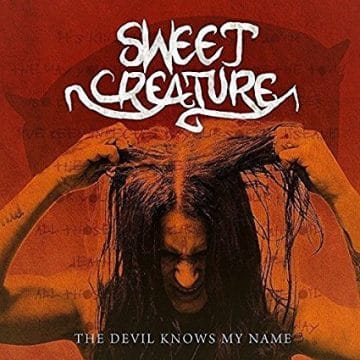 Review:
This is definitely an album that has caught me by surprise. Since early April 2016, the various songs on the debut album of Crashdïet guitarist Martin Sweet‘s new project Sweet Creature have been slowly getting released. I enjoyed each song but was not overly enamoured by any in particular. There was definitely a more modern element to the songs that was a bit difficult for me to accept.

I still don’t know why but when listening to all of the songs as a whole on Sweet Creature‘s debut album The Devil Knows My Name, it feels like the sum is much greater than its parts. While I was initially not overly impressed with any of the tracks on their own and even didn’t really like the ballad “Away From You” as a stand alone track, listening to all of the songs in one shot is powerful, compelling and makes me go back to this album again and again. In a way, it reminds me of The Beatles‘ Sgt. Pepper’s Lonely Hearts Club Band record in that none of the songs on that latter album really stand out on their own but together, they form this powerful, innovative and ground breaking album. That’s how I feel about the songs on The Devil Knows My Name.

Sweet Creature‘s debut album The Devil Knows My Name feels like the record that Sixx:A.M. have been trying to achieve with little success. The Devil Knows My Name has the modern elements, great melodies, slower verses and catchy choruses but put together in a compelling and inviting manner. Where Sixx:A.M. fall short and alienate a good portion of Mötley Crüe fans by going too far with the modernization, Martin Sweet delivers an album that experiments and dabbles with modern elements but yet that will likely keep and interest the Crashdïet fan base. In a way, The Devil Knows My Name reminds me of those great Alice Cooper albums from back in the early ’70s from Love It To Death onwards where Alice Cooper would constantly reinvent himself from one album to the next sound wise.

I really like that Sweet was able to restrict himself to only nine songs for Sweet Creature‘s debut album since all nine tracks are really good. I had been listening to this album pretty much non-stop before leaving for the Rock N Skull Festival at the end of last month. Upon coming back, I wondered to myself, “Is Sweet Creature‘s album as good as I think it is?” I applied my sure fire test to weed out an album. I played a record from another band that I really really like before putting on Sweet Creature‘s The Devil Knows My Name. All I know is that The Devil Knows My Name hasn’t left my CD player since.

Sweet has delivered one of the best albums of the year with Sweet Creature‘s The Devil Knows My Name. I dare you to listen to the album at least once in its entirety and not get sucked in by its sheer brilliance, great melodies and innovativeness. Listening to Sweet‘s great vocals on The Devil Knows My Name, I can’t help but be puzzled on why Crashdïet have been unable to continue when the lead vocalist that they are apparently and presumably searching for is already in the band.

SWEET CREATURE – Not Like Others (Official Music Video, feat. Martin Sweet of CRASHDÏET)

Taken from the album “The Devil knows my name”Available on CD/LP: http://bit.ly/sweetcreatureshopOfficial Website: http://www.sweetcreature.orgDirected by: J…