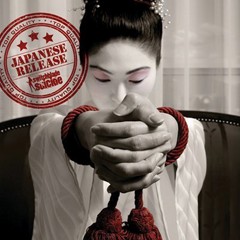 Review:
Boston’s Switchblade Suicide must be doing something right as they managed to beat out 150 local bands to secure an opening slot for KISS earlier this year in Mansfield, MA. With the band’s second EP, simply called Japanese Release, they follow the same path outlined on their 2008 self-titled debut — keeping their music real and honest without being flashy.

Switchblade Suicide have stayed true to their sleazy ’70s inspired roots on Japanese Release while expanding their sound ever so slightly. The first three songs would have fit perfectly alongside the three tracks on the debut EP while “Wasted Time” finds the band breaking away from that sound. They kick things into high gear during “Stronger”, “DFC” and “Sunset Rose” with an updated Little Caesar blueprint with gritty guitars, a strong backend and vocals that combine a bluesy delivery with hard rock attitude. “Wasted Time” on the other hand is completely different, drifting along aimlessly like Black Sabbath‘s “Planet Caravan”. The song seems very out of place when compared to the rest of Switchblade Suicide‘s recordings. It does grow on you after awhile, but in my opinion was a poor choice for a debut single/video.

We already knew that Switchblade Suicide had ample amounts of talent, but I think it is about time to put everything together for a full-length album — we have been teased long enough! They really haven’t taken things to the next level yet… but I’m guessing it is just a matter of time before they do.