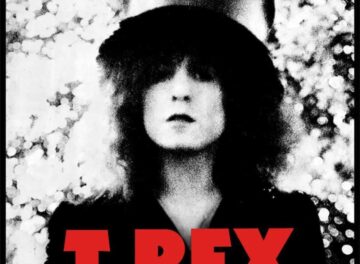 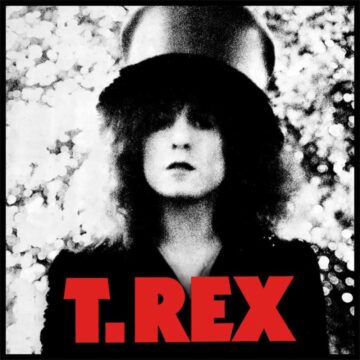 Review:
With Def Leppard influence-dropping on their latest album Diamond Star Halos, the time couldn’t be more perfect to dig up a great T. Rex record and give it the ol’ retro review tribute/treatment. While the nod in question is a reference to track “Get It On” from T. Rex‘s 1971 monster release Electric Warrior, this month’s anniversary spin drops the needle on the following year’s super cool record The Slider but honestly it’s all relative. While Marc Bolan and his band of glitter gurus might have barely made a splash on this side of the pond, in the UK, they pretty much owned the music charts the first half of the 70’s with occasional dips in before and after. We’re talking 21 UK Top 40 singles of which 11 cracked the Top 10 with four grabbing the charts’ top spot.

With almost just as many Top 40 albums including nine Top 10’s and three number ones, Bolan and T. Rex were a force on the UK charts rivaling even fellow charting glam rockers David Bowie and The Sweet during that same time period leaving only Slade as the sole English glam band of the day to smack the charts even more. Matter of fact, while Bowie‘s five number one UK chart singles might top T. Rex, keep it mind that Bowie‘s represents a body of work decades longer than Bolan‘s. Even more staggering though is the fact that while T. Rex and their UK glitter brethren were barely noticed by American radio during the 70’s, the influence on future rockers to this day is now legendary. By his own admission, Paul Stanley and KISS were pushed by the anthems of Slade and if Stanley‘s look and stage moves weren’t nicked from Marc Bolan, it’s gotta be the biggest coincidence in rock and roll history. Without the likes of UK acts like T. Rex and American rockers Alice Cooper, KISS, Cheap Trick, and even the New York Dolls, the rock and roll landscape of the 80’s could have turned out to be way more about bands like Loverboy and the Knack than Poison and Mötley Crüe, and the above mentioned Def Leppard. Indirectly, T. Rex and albums like The Slider are a huge part of that.

When I was a kid tripping out to the wild and weird sounds of rock and roll on visits to Italy, maybe just as important as the songs were the moments spent sitting on the couch staring at huge hypnotic record cover visuals. At the time, I was only in the final years before elementary school when my uncle would expose me to the sounds of Deep Purple, David Bowie, The Sweet, and T. Rex. Just the hugeness of Marc Bolan‘s top hat covered head on The Slider alone is trippy, but when presented in semi-blurry black and white print with big bold red text, it was (and still is) to this day catching. Toss in a playlist featuring three-four more songs than was normally featured on a record at the time and the total package was madly intense. Well before The Ramones, T. Rex delivered over ten mostly short and sweet tunes that perfectly bounced into one another so well that before you could realize it, the dang record was over. And what great songs man.

Kicking off with the band’s fourth and final UK number one single “Metal Guru” (yeah, I don’t know what one is either but who cares, this song is cool), The Slider bops off in a way that is about as glam as T. Rex ever got to be. It’s like comfort food for the glitter kids. Sure I’ll never know what it meant to be part of that UK teen scene in the early 70s, but I can imagine that the way it puts me in my own little world is just a small space compared to where it put English kids back in the day. Yeah, for the unfamiliar, a lot of T. Rex tunes seem interchangeable but perhaps that’s just part of what made them so easy to latch on to and while there are bits and pieces on The Slider that kinda fit into that space, there’s are still plenty of not quite so typical T. Rex chunks to be found. For example, “Mystic Lady” follows up “Metal Guru” with a very strummy acoustic vibe not too far off the mark from Electric Warrior track “Life’s A Gas” and while “Rock On” might, for a sorta sec, take you back to the start of the record, the title track shows up just in time to offer a slow chugging bit of a blues vibe.

Pretty much within the first few tracks of The Slider can be found the main staples of the T. Rex formula – shuffle boogies, ethereal acoustically strummed ballads, quirky catchy odd lyrics and the occasional odd edgy rocker — and that’s no knock especially when compared to KISS (a band I love) who in the 70’s had mostly three-chord rockers dedicated to either the conquest of the opposite sex or the use of words with no particular meaning. Looking back, T. Rex might have used their American counterparts “Keep It Simple Stupid” ideal musically but lyrically even KISS fans have to admit that T. Rex was Shakespeare in comparison. Most importantly though, in both cases it’s just good old rock and roll. There’s a reason why the best bands are the ones who can take what little they have and use the crap out of it with great effect. Not every glam rocker can be a David Bowie. Thankfully that’s what we had KISS, Alice Cooper, the New York Dolls, Slade and yep, T. Rex for. Also why after about 40 years, the biggest tour going right now has the likes of Poison, Joan Jett, Mötley Crüe, and Def Leppard on it. Good, solid, fun rock and roll that you don’t have to be a rocket scientist to get.

“Baby Boomerang” is a fun groover that borders on the edge of vaudeville mixing Bolan‘s unique lyrical takes on common themes with an almost showtune quality. Not a bad setup for the infectious nearly biographical strum of “Spaceball Ricochet.” Depending on your take, it either comes off as a hint inside of the rocker or a love letter to T. Rex fans or maybe, both. Or just maybe, it don’t mean squat and that wouldn’t be surprising as it’s been said that Bolan could be as cheeky and as sneaky as Bob Dylan and I almost have to chuckle imagining him looking down trying to spit out the words “it’s just rock and roll” while trying not to laugh.

Over the years, there have been many cool cover versions of T. Rex tunes including some of the songs originally on The Slider. Recent tribute album AngelHeaded Hipster features four originally found on The Slider including cool takes on “Metal Guru” from Nena and “Rock On” courtesy of Jane’s Addiction/Porno for Pyros frontman Perry Farrell but maybe the coolest cover of not just a song from The Slider but T. Rex period is the 1993 version of “Buick Mackane” from Guns N’ Roses album The Spaghetti Incident which is understandable as the original is about as raw, edgy and sexy as T. Rex possibly ever managed to get on a song. The matching lyrics over the guitar riff through the song are at times wickedly infectious and it’s no wonder that GNR guitarist Slash felt a need to supposedly get a cover of it out of his system. Seems Slash loves the song so much, he was even willing to sing on the Guns‘ version to make it happen. Would have to guess that when one of the most notorious bands in rock and roll are willing to put a spin on one of your tunes, you gotta be at least a little badass. And actually, Guns N’ Roses aren’t the only scary dudes to want to play “Buick Mackane.” Bad mofos like Danzig and The Melvins have also put their own personal stamps on takes of the song cuz it’s just that freakin’ cool. But don’t take my word for it, dig up the original version.

Of course, at the end of the day, even with the several different sides of their glam and glitter coin, T. Rex is most known for those catchy, feel good boogie tunes and luckily, even halfway through, there are still a good few to be found on The Slider. Within the strummy sounds of sweet tunes like “Rabbit Fighter” and “Main Man”, and the ever gorgeous “Ballrooms of Mars”, can be found choppy foot tappers “Baby Strange” and “Chariot Choogle” as well as kickoff album single / T. Rex classic “Telegram Sam”, a track that comes dangerously close to being the second coming of “Get It On.”

While not hitting the top spot in the UK like its predecessor, The Slider would mark T. Rex‘s biggest dent on the American charts reaching into the Top 20 at a respectable #17 and would make it to number four at home (a feat 1973 follow up Tanx would equal). While some consider the post-Tyrannosaurus Rex period from late 1970 to early 1974 to be T. Rex‘s “classic” period featuring a run of five hit UK records in four years, the group’s true chart success during this time easily falls within the albums Electric Warrior and The Slider, and extended about another year thanks to just under a handful of non-album singles. Sadly, to the mainstream world, T. Rex exists largely as merely the product of a single song ala “Get It On” even though their influence on future 80’s musicians on both sides of the Atlantic is immeasurable.

In the UK, the music of T. Rex would influence the eventual members of rock and pop bands from Def Leppard to Duran Duran, and in America, give a push to the pop rock sounds of Poison as well as the heavier more straightforward angst of Guns N’ Roses. Toss in the English pop bands from the 80’s influenced by the songs of T. Rex as well as the many tracks featuring samples of T. Rex tunes and it’s clear that while mainstream-wise albums like The Slider might not have been as far reaching as some of their contemporaries releases, the sound and style of T. Rex continues to touch rock and roll to this very day.