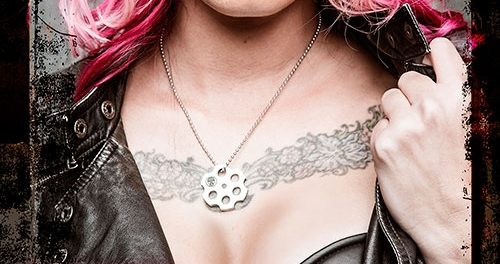 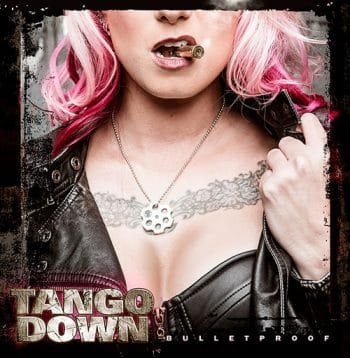 Review:
Tango Down‘s latest album Bulletproof has been out for about three weeks now and album review headline after another, it seems that everyone loves the album. I got to say that this peaked my curiosity to hear the album since Tango Down were in the unenviable position of having their fifth studio album with a fourth different singer. Usually that pretty much spells the end of a band. If there is one band member that you want to hold on to, it is the lead singer who often defines a group’s sound.

So how do Tango Down fare with the loss of former Accept and current Bangalore Choir singer David Reece who sang on their last two albums Identity Crisis (2012) and Charming Devil (2014)? Well, they fare very well and in fact, sound arguably better than they ever have. Bringing lead singer Chas West was simply a brilliant move as his voice really fits the polished and mostly melodic hard rock that Tango Down deliver.

The songwriting seems to be the other difference maker this time around as it is simply top notch for this release. Funny enough, at least half the songs come from outside writers. In fact, Tango Down guitarist Scott Miller is the only band member to be credited with any songwriting for the music on Bulletproof as he wrote or co-wrote half (“Give Me A Reason”, “Carry On”, “Superstar” and standouts “Punching Bag” and “Anything Can Change”) of the ten songs on the album. Friend of the band and/or label Kivel Records, Jason Pawlak, is credited with writing two entire songs (“Bulletproof” which is one of the best tracks and the ballad “Edge Of Goodbye”). He also co-wrote one more with Miller (“Give Me A Reason”) and wrote the lyrics to two others. Stephen Chesney is credited with writing the music to two tracks (“When We Were Young” and “Going Under”). Rounding out the music songwriting team is Jimi Bell and drum engineer BJ Zampa who penned the music for the last track “Broken Heart”. I won’t bother going through all the writers who contributed to the album lyrics but there are many given there are eight of them including singer Chas West and Kivel Records principal John Kivel. You’d think with so many outside writers, Tango Down‘s album Bulletproof might sound a bit disjointed but in fact, it is a pretty seamless listen from start to finish with the exception of the fifth and sixth songs (more on that later).

Great singing including stellar harmonies, magical melodies and some occasional killer guitar riffs highlight most of the faster rockers on Bulletproof. It simply is hard not to like songs like “Punching Bag” and “Carry On” right off the bat since they are so catchy, upbeat and magically take you back to the best melodic rock from the ’80s and ’90s but with an updated sound. “Bulletproof” is another favourite of mine although the chorus section is a bit weak compared to the very engaging verses. Although I am usually not crazy about faster paced ballads and keyboard heavy songs, I must say that “Give Me A Reason”, “When We Were Young” and “Going Under” are very melodic and can likely rival the best in that genre. Now I admittedly like my music with way more grit so those two latter songs, while definitely well crafted, do get on my nerves a bit after awhile and cause me to have a listening lull until the album picks up again with the track “Superstar.” I would have much preferred to get a few more “Punching Bag” type songs.

Overall, Tango Down have delivered what is likely one of the best albums of the year in Bulletproof. If I had a say in making the album, I would have probably nixed the two tracks penned by Chesney, which lack any sort of grit and make Tango Down sound too sappy for my liking. That being said, those two songs are still well crafted and I am sure will appeal to many. If you like melodic rock, great melodies and pine for some quality ’80s rock, Tango Down‘s Bulletproof is a must have for your album collection.