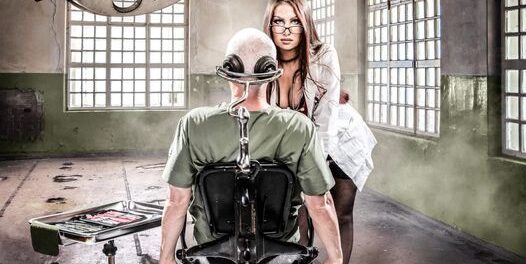 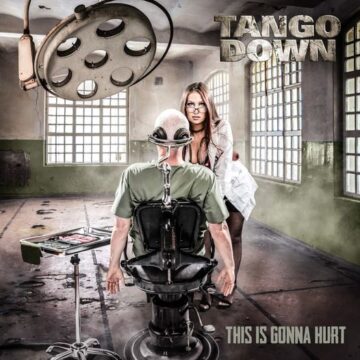 TANGO DOWN
THIS IS GONNA HURT
Released on July 2, 2022 (Kivel Records)

Review:
Tango Lite? Tango Keys? What happened to the Tango Down group that released the stellar album Bulletproof back in 2016? Despite having the same cast of characters consisting of guitarist Scott Miller, lead vocalist Chas West, bassist Axel K. Gessner and drummer Keith Michaels, the songs on Tango Down‘s latest album This Is Gonna Hurt seemed quite different from the ones on their previous album Bulletproof. I couldn’t even get through my first listen of This Is Gonna Hurt as after the opening title track, it was one sappy keyboard infested track after another until the halfway mark. I couldn’t believe it. After all, Bulletproof landed the #2 spot on the Sleaze Roxx’s Top Ten Albums of 2016 and now I couldn’t even make it through the first few songs off their follow up effort This Is Gonna Hurt.

Rather than just write a negative review right off the bat, I decided to take a little time and revisit Tango Down‘s new album at a later date. Perhaps my expectations were too high after Bulletproof? Perhaps I had some unfair expectations of what Tango Down should sound like? My recollection of Bulletproof — which I had not heard in a couple of years — was that Tango Down delivered some pretty gritty tracks highlighted by catchy choruses and Chas West‘s David Coverdale like vocals. Unfortunately, my subsequent listen of This Is Gonna Hurt (and many more after that) have confirmed that Tango Down simply went too commercial this time around. There are only a handful of tracks on This Is Gonna Hurt that rival the grittier material on Bulletproof. Those songs are the title track, “Nobody Gets Out Alive”, “Let it Go” and the closing track “Dirty Penny.” After that, it seems that the remaining songs on This Is Gonna Hurt just seem to lack any bite and are filled with keyboards. Yes, there were keyboards also on Bulletproof but they weren’t as prominent as on This Is Gonna Hurt.

Upon revisiting This Is Gonna Hurt, I realized that possibly the worst three songs follow the opening title track, which makes it difficult to forge ahead to the better material on the record. “Fantasy” is clearly a throw back to the ’80s keyboards era. I have a hard time listening to tracks like these at the best of times. “Scream” and “Lyin’ To Myself” are unfortunately more of the same. It’s only when you get to the fifth song “Nobody Gets Out Alive” that West seems allowed to show some of his grittier vocal chops. The three tracks that follow — “Standing Tall”, “Until We Meet Again” and “Forget What You Know” — go back to the lighter keyboard heavy material. While I dig “Standing Tall”, the other two songs are quite forgettable and wimpy. This Is Gonna Hurt closes with two of its strongest songs — “Let It Go” and “Dirty Penny.” I never thought that I would say this but there is an over reliance on background vocals on Tango Down‘s latest offering. For instance, it feels like half the lyrics on the closing track “Dirty Penny” are accompanied by background vocals. I don’t understand that when you have a strong singer like Chas West in the group. Let the man sing. He can carry a song with his voice alone.

Overall, while Tango Down have delivered some catchy tunes once again, they seem to have lost their grittier edge on six of their ten tracks and the emphasis on the keyboards just waters down those six mostly lacklustre songs. I continue to find Tango Down’s latest offering hard to get through. I guess I just like harder edged material and Tango Down seem to really cross over closer to melodic rock this time around than the Whitesnake like material that I was hoping to hear from them. Despite my lukewarm review, I would be remiss if I didn’t point out what a cool album cover that Kivel Records‘ principal John Kivel came up with.