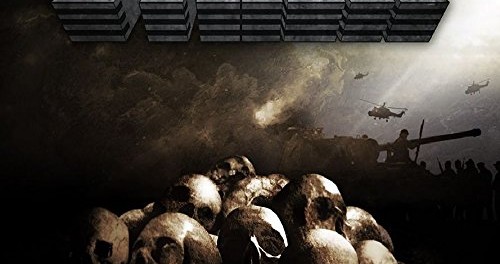 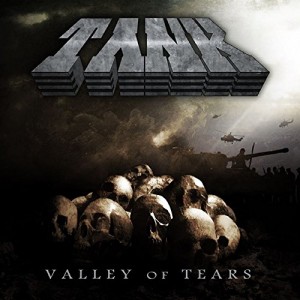 Review:
As it turns out, my review of Tank‘s Valley Of Tears is quite timely since the group’s lead vocalist ZP Theart has apparently joined Skid Row given that the singer was handling the lead vocals at the sleaze band’s first gig since Tony Harnell departed the group. It is almost unfair to Tank to discuss Skid Row in this review because as a whole, Valley Of Tears is a really good album. That being said, Theart joining Skid Row has been the or at least one of the hot musical news of the last week and him apparently joining Skid Row has renewed my interest in listening to Valley Of Tears.

So how does Theart fare in Tank and will he fit in Skid Row? Before I delve into these questions, I must thank Sleaze Roxx reader Daven DeMeyer who suggested that I listen to Tank in the first place. A few months ago, I had asked Sleaze Roxx readers via Facebook if there were any albums that Sleaze Roxx had missed over the year that should be considered for the Sleaze Roxx’s Top Ten Albums of 2015. Daven suggested that I check out Tank‘s Valley Of Tears and after listening to the group’s War Machine Live 2012 via YouTube, I took him Daven up on his recommendation and bought both Tank‘s Valley of Tears and War Machine albums. Although I have been listening to the album for about a month and a half now, it’s only now that I am getting around to reviewing it and lo and behold, Tank‘s singer ZP Theart now appears to be the new lead vocalist for Skid Row!

I am not exactly sure why Tank never made it onto my radar until now since they were part of the New Wave Of British Heavy Metal movement back in the ’80s but I do note that the group disbanded back in 1989 before different versions of the band started surfacing first with vocalist/bassist Algy Ward in 1997, then guitarists Mick Tucker and Cliff Evans formed a new version of the band in 2008 before Ward came back with another version in 2013. Confusing? Yes. Suffice to say that the Tank album that I am reviewing is from the Tucker/Evans faction with Theart handling the vocals on Valley Of Tears from the departed former Rainbow and current Michael Schenker’s Temple Of Rock frontman Doogie White. In terms of playing fantastic NWOBHM style songs, Tank simply nail it. The guitar tones and sounds remind me of early NWOBHM without sounding dated. There is not one weak track on Valley Of Tears. Theart‘s singing is strong and he definitely has some amazing clear sounding vocal pipes. What Theart does not seem to have however is a lot of grit to his voice which is not an issue for Tank but I really wonder whether it will translate well on the Skid Row material…

I could go track by track on this album telling you this song is better than this one but really, Valley Of Tears is one seamless listen from start to finish. If you like one song, odds are that you will like all of them. The key element that will likely make or break the album for listeners is Theart‘s vocals which as previously indicated are clean sounding and almost opera like at time but seem to lack grit. Nevertheless, Tank‘s Valley Of Tears is a very strong album that would have likely made the Sleaze Roxx’s Top 15 Albums of 2015 if such a list existed.

Track taken from the album “Valley Of Tears”. Out on September, 25th (Metal Mind Productions 2015)