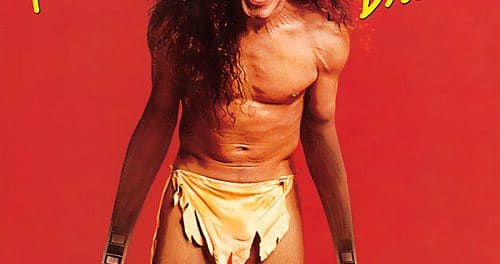 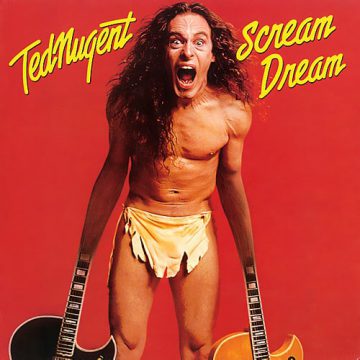 Review:
If ever I was asked to pick a single artist that most loudly and consistently put the kick into the soundtrack of the final years of my time as a U.S. Army brat, hands down it would have to be Ted Nugent. From the moment I was exposed to Nugent‘s full gonzo rock and roll early in 1978 via the very loud, no holds barred record Double Live Gonzo straight until I picked up the also live Intensities In Ten Cities shortly before heading back to America from Germany in 1981, my transformation from goofy comic book, radio loving kid to rock and roll girl crazy prank seeking teenager partially laid under the influence of Uncle Ted and his loud, wide-open brand of boogie woogie, face melting rock.

Yeah, along the way I found out about louder (and even faster) bands like Iron Maiden and Judas Priest but ol’ Ted? Well, he not only made me wanna rock but also question further what it was about the fairer sex that made my heart (and other parts of me) pound. Somehow after listening to Ted, puberty no longer seemed like an unavoidable awkward teen obstacle but my hard earned damn birth right. Following that first foul mouthed live vinyl smack of Ted trauma, I dove headfirst into previous studio releases Cat Scratch Fever, Free-For-All, and Ted‘s 1975 self-titled debut while eagerly waiting upcoming classics Weekend Warriors and State of Shock to bully their way into the racks in the sound department of the American Post Exchange. Needless to say, during that three-year stretch I was never short on killer Ted tunes to blast out of my turntable and boombox.

Even after full on exposure to the sheer loud, obnoxious, bluntness of the Nuge, it was still impossible to avoid being Ted-smacked hearing “AWRIGHT NOW! IT’S A WANGO…IT’S A TANGO!” come blasting out of my stereo speakers mere seconds after the first crackles popped off from needle hitting vinyl. Wading somewhere between the bluesy clarity of seventies rock and the raw energy of end of the century punk, the opening warning siren of Scream Dream not only sounds off 100% Ted Nugent, but also goes to show just how middle of the rock and roll highway the gonzo guitarist was, is, and would continue to be. Yeah, it’s not surprising that Ted‘s crazed rock and sex exploits would inspire future rock and rollers, but some might be astonished to know that many early eighties American punk rock artists were also influenced by not just Ted‘s energy, but his ability to do so sans drugs or alcohol.

Sure, hearing Ted‘s motormouth fire off from start to finish of Scream Dream opener “Wango Tango” might make one question his ability to kick up so much dust without a bit of chemical assistance. The fact that Nuge is yankin’ and crankin’ on that big ol’ Gibson hollowbody at the same time certainly doesn’t help his case but maybe, just maybe, he was itching and scratching to get the hell outta dodge to tag that next philly. Maybe my fave part of this one, despite being loaded with Ted‘s guitar, is when it drops down to the bass and drums so Ted can vocally ramble on over the top before of course blowing back in gonzo style. It’s classic Ted studio rock and roll where each instrument sticks out clean yet together all slam hard. Nugent albums have been like that since his first solo record and I gotta think that drummer Cliff Davies is at least in part responsible. After all, Davies always involved himself in the production of those great Nugent albums up until he left in 1982. This might explain why the drums on those albums always sound so great (previous Nuge release State of Shock to this day is one of my all-time favorite “drum” albums).

Even with all that mad energy starting off the record, things only get crazier on title track “Scream Dream” as Ted not only tears up the guitar but also snarls on more tracks than normal for one of his releases. But then again, when it comes down to it, what exactly is normal when it comes to Nugent? He rips through “Scream Dream”, then tank rolls his way though “Hard As Nails”, a song so Ted it coulda easily been on Free-For-All. For long-time fans like myself, this combination of balls out rock and slowly back over you again roll is the medicine that keeps the patient smiling. In 1980, I was still funneling into my brain what a lot of it meant but it consistently was cool, and uplifting, and energizing enough to keep me going and wanting more. If you think trying to drive the speed limit while listening to Mötley Crüe‘s “Kickstart My Heart” is tough, well it was damn near impossible not to make myself bounce my BMX bike off the highest of ledges as Nugent was blasting out of my boombox somewhere on the ground below. Fortunately, bikes are pretty durable but I can’t even recall how many skateboards I demolished using Ted as rocket fuel.

Speaking of rocket fuel for boards, that other singer/guitar guy in the band at the time, Charlie Huhn, finally makes his way in vocally as “I Gotta Move”, with all its Chuck Berry influenced glory, rips onto the scene sounding very much like “Need You Bad” off of previous release Weekend Warriors albeit with a wee bit more energy. Yeah, back before playlists, soundtracks, etc., this was one we kids would crank to race out boards down the asphalt inclines of the neighborhood. In 1980, many of us shaggy-haired kids were full on adrenaline junkies and having Ted there to guide the way straight edge (well we didn’t know it was straight edge at the time) was a bro blessing. Many a day was spent yelling excited encouragement to friends as they blew by on their boards, trucks often spewing sparks off the German streets. It also didn’t hurt that we could just keep rolling as Scream Dream finished off side one with the equally energetic “Violent Love”, an ode to fetishes but in 1980, for us racers, it was just another excuse to roll faster which now makes me chuckle because Ted was probably thinking the same thing, but in a different way which might have been why he decided to take back the mic leaving Huhn waiting until the end of the record to sing again.

Fans of the Nuge‘s previous record State of Shock had to of loved the way side two of his then latest kicked off with “Flesh And Blood”, a tune very much akin to State of Shock track “Paralyzed”, all the way from the “uh-huh” to the chunky guitar, but that disappears once Ted‘s distorted vocals kick in. Listening back now, the way the vocals all around on this were recorded are weird but back in the day, those kiddie ears on my pals and I just thought it was cool as crap.

One of the more interesting things about Ted is that for a Yankee, he sure has this down south blues, rock and roll, southern rock thing going on in his sound, which might explain why back in the ’70s, young southern males were all gonzo to include Ted‘s music in the weekend, cheap beer and smokes throw downs. Coming off like “Cat Scratch Fever” meets Lynyrd Skynyrd, “Spit It Out” is that kind of track you could just picture cranked up while a bunch of shirtless, denim wearing teens hooped and hollered while tossing back a few PBR’s around a fire in the middle of an open field. Ted brings a bit of those blues but with a bit of funk a couple tracks later on his final lead vocal here, “Terminus El Dorado” again showing his diversity as far as his early influences are concerned. It’s also a testament to how badass Ted‘s band was at the time. Yeah, them there boys could play anything.

According to the credits, halfway through side two, drummer Davies makes a rare lead vocal appearance, which if is truly the case, has always made me wonder why it didn’t happen more often. Sounding like a cross between Ted and every other second regular vocalist, Ted has had in the band, the lead vocal on this track kills to the point it even holds its own along side the air guitar inducing leads on this track. Definitely a topic for future discussion as I have to wonder how much cooler Ted‘s albums would have been with not only Davies‘ killer drums, but his awesome lead vocals as well.

Huhn finally grabs the mic back on bitchen pickin’ and rock-a-billy, Chuck Berry stompin’ closer “Don’t Cry” (I’ll Be Back Before You Know It Baby)” resulting in two minutes and twenty seconds of a rockin’ goodbye which in some ways is ironic. This would be the last studio moment for not only Huhn and drummer Davies but Nugent‘s final studio album for Epic Records as Ted would end up parting ways with both musicians and the label following 1981’s live release Intensities In Ten Cities. This would lead to opening the door for legendary drummer Carmine Appice and the return of original singer / guitarist Derek St. Holmes on the 1982 Atlantic Record debut simply titled Nugent. It would also mark the last time Uncle Ted would visit Gold or Platinum until hooking up a few years later with supergroup Damn Yankees.

Whether it be change in climate, age, I don’t know, but it would be the following year that my ongoing journey with Ted‘s music would pretty much come to an end. Yeah, I dug a tune here and there over the following few years but nothing compared to my all out love for those first six studio releases and two live albums. For me personally, nothing can compare to those classic Nugent records and even now as I find myself in my fifties, putting on an old slab of Ted Nugent vinyl still draws that teenage boy outta me. That kid with that need to stomp my feet, beat on the table, play air guitar and of course get up and wango tango.