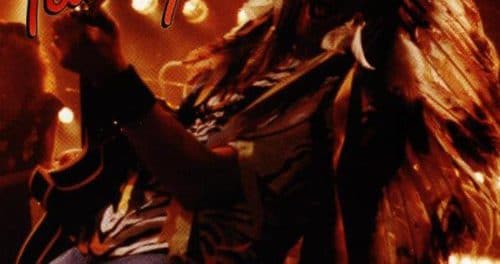 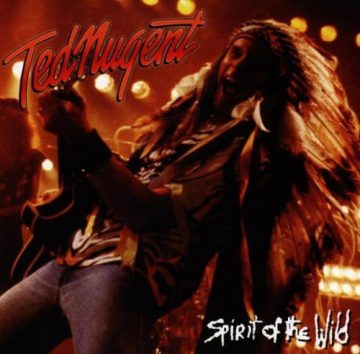 Review:
After spending the ’80s toying with a ‘poppy’ or commercial sounds, Ted Nugent surfaced from the woods with a ferocious, guitar oriented, album that would have ‘The Motor City Madman’ of the ’70s salivating all over his Mossy Oak camouflage. Not only did the new album Spirit of The Wild mark a return to form, but it also marked the return of Nugent’s right hand man, Derek St. Holmes, after a lengthy hiatus. Spirit of The Wild was released with the fans having their fair share of skepticism, given Ted’s track record and his streak of uncharacteristic albums like 1982’s Nugent, 1984’s Penetrator, 1986’s Little Miss Dangerous, and 1988’s If You Can’t Lick ‘Em…Lick ‘Em. Not great.

Armed with a handful of some of the strongest material since 1977’s Catch Scratch Fever, and the return of Derek St. Holmes, Nugent set out to make the best possible album that he could. Spirit of The Wild had some flashes of Nugent of old, but it also featured some material that you wonder, ‘Why on earth would Ted put that on the album?’ Spirit of The Wild was a little heavy on the filler, namely “Primitive Man,” “Hot Or Cold,” “Heart & Soul,” and “Just Do It Like This” bring nothing to the table. They’re not even good, but the biggest offender is “Kiss My Ass.” Ted takes his liberties and exercises his freedom of speech on “Kiss My Ass” in song to blast the Democratic party, specifically Bill and Hillary Clinton. I don’t know how one can be sitting in the studio listening back to something like this and still insist on making the final cut. It’s baffling. As we know, Nugent does and says what he wants regardless of what you or I think. He is polarizing and he’s become more so since the release of this album in 1995. Nugent speaking his mind has likely contributed to his exclusion into the Rock And Roll Hall Of Fame.

The high points of this 12 track album are “Thighracious” — a spry Nugent penned tune full of sexual innuendos, “Wrong Side of Town” which has a killer hook and groove, “I Shoot Back” which is an ode to the second amendment, “Tooth, Fang & Claw” which merges the ’70s era Nuge with present day Nuge, and “Lovejacker” which is completely cheesy and fun. The jewel of the album is the ‘epic’ “Fred Bear” where Ted honors his mentor, legendary bow hunter, the late Fred Bear in song. The title track “Spirit of The Wild” is the second best track on this album. After trying to chase commercial success in the ’80s, Nugent achieved something better in 1995. He began to right the ship and gained back some of his credibility. Spirit of The Wild won’t have you passing the first four albums for it, but you could easily follow up this album after the classics.

Reviewed by Ruben Mosqueda for Sleaze Roxx, May 2020