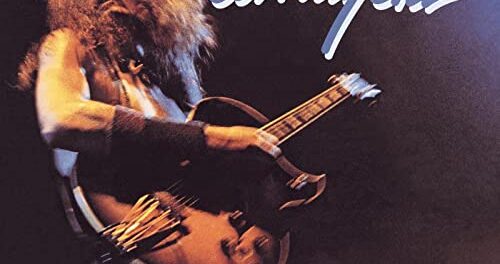 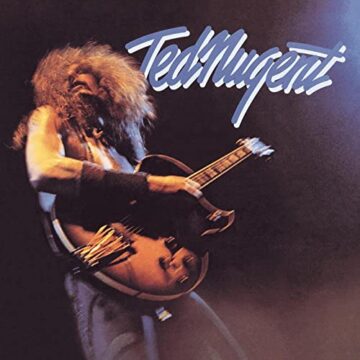 Review:
When it comes to Ted Nugent, I prefer to let his guitar do the talking. Political opinions aside, Nugent’s music — especially on his first three studio records — is legendary rock and roll. It’s true that you never know what’s going to spew out of the Motor City madman’s mouth, but when those lightning quick fingers fly up and down the fretboard of his signature Gibson Byrdland guitar, all is forgiven.

Bound and determined to form his own band, Nugent left the Amboy Dukes — who achieved minor success with their 1968 hit “Journey To The Center of The Mind” — and forged a longstanding and illustrious solo career. Released in September 1975, Nugent’s self-titled debut solo album is an absolute rock and roll monster. Boasting one of Nugent’s biggest hits and a prominent live staple to this day in “Stranglehold,” this album introduced Nugent as a guitar hero who would soon sell out massive stadiums throughout the 1970s and ’80s.

Joining Nugent on this record were former Amboy Dukes bassist Rob Grange, drummer Cliff Davies (ex-If) and fellow Detroit brethren Derek St. Holmes. Nugent inked a record deal with the powerhouse Epic Records to record his debut album, which climbed to No. 28 on the US Billboard 200 chart. The album was produced by Tom Werman and former If manager Lew Futterman. However, Davies played a big role in the production of this album but was uncredited.

On Ted Nugent, Nugent’s ultimate secret weapon was St. Holmes, as the young guitarist / vocalist sang his ass off on almost every track on the album. Lead off track “Stranglehold” is an eight-plus minute guitar jam featuring Nugent’s powerful, harmonized guitar feedback melodies and that memorable riff, while St. Holmes belts out primal lyrics with a youthful, raspy croon. “Stormtroopin’” follows with a blazing Nugent riff and an arena-ready anthemic chorus, while third track, the bouncy, boogie-woogie shuffle of “Hey Baby,” written and sung by St. Holmes, is a groove-based, bluesy tune that hits all the right notes. The barroom boogie rock and roll of “Snakeskin Cowboys” juxtaposes nicely next to the foot-stomping proto metal track “Motor City Madhouse,” which is sung by Nugent himself and is an ode to his hometown of Detroit.

“Where Have You Been All My Life” is a slinky, shuffled-beat blues track decorated with an infectious main guitar melody, while “You Make Me Feel Right at Home” is the most atypical Nugent track ever recorded. Sung by Davies and playing the vibraphone, the jazzy melody and bouncy rhythms are so catchy that it’s actually one of my favorite tracks on the album. Last track, “Queen of The Forest,” was incidentally the first song disc jockey Dr. Johnny Fever of TV series WKRP In Cincinnati plays after the station’s format change in its pilot episode. St. Holmes’ soaring vocal harmonies, Nugent’s fiery riffs, and Davies and Grange’s combined rhythmic groove makes this one of the best tracks on the album.

Before Nugent’s skyscraper ego exploded, there was a noticeable synergy between him and the band on this album. The vibe had more of a band feel compared to his later releases. Of course, Nugent would go onto bigger success with follow-up albums Free For All, Cat Scratch Fever and Double Live Gonzo. Unfortunately, his later-era albums in the ’80s-’90s and even 2018’s The Music Made Me Do It, don’t even come close to the quality of his early-era albums. Forty-five years ago, Nugent made his best album, which still stands the test of time.