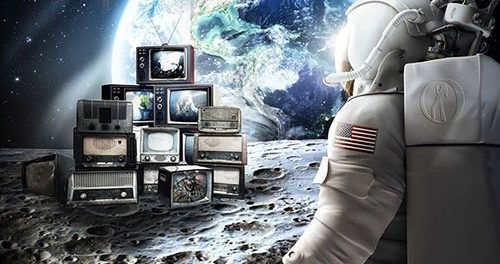 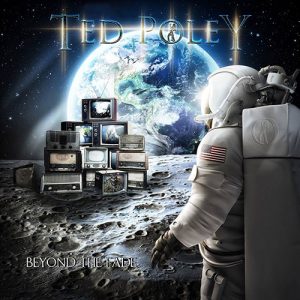 Review:
In my book, as far as it comes to rock vocalists, Ted Poley is a household name. I  honestly believe there are very few Sleaze Roxx readers who might not be aware of who he is. For those lost few, let me fill you in — he is the front man of Danger Danger, one of the most iconic hard rock/Aor bands which came out of US in hard rock music’s hey day of the late ’80s / early ’90s. Songs such as “Naughty Naughty”  and “Bang Bang” are staples of every self respecting hard rock playlist on ’80s radios all over the world.

Ted is also an accomplished solo artist, with more than a few very good rock/ AOR offerings behind his belt. His latest release, Beyond the Fade, continues in vein of the earlier ones, sticking to a softer, borderline AORish hard rock sound. The band members behind the record are a group of Italian powerhouse players — technically spotless, providing tight rhythm section, and blistering solos with ease.

It is tough to highlight any standout tracks, as all keep a high standard. There may not be any evergreens here but it is a very steady album, as all songs are good examples of a smooth AOR-rock, with great solos, and helmed by a recognizable hard rock voice. It is pretty much in the same vein as Danger Danger’s music, but maybe a few pounds lighter.

Funny thing is that not less than a month before Beyond The Fade came out, Ted’s Danger Danger bandmates Bruno  Ravel and Rob Marcello released their own album as The Defiants, together with Paul Laine, who was Ted’s substitute in Danger Danger throughout almost a decade until the band’s reunion with Poley in 2004. The Defiants‘ album is a very Danger Danger sounding record, very much like Beyond The Fade, maybe a bit more hard rock than AOR driven.

It is really hard not to compare these two records, as in my opinion they both kind of came in from the same stable, and in my opinion are pretty similar. To my ears, Beyond The Fade, as I stated before is a much more AOR-sounding release, more polished production wise than The Defiants‘ self-titled debut. This is meaning a lot here, as the latter is also a very pop-driven rock record, very polished and smooth sounding. Laine and Poley are, albeit recognizable, very close to each other in regard to singing style, both very smooth, and technically spotless.

All in all, I don’t see much sense in trying to contrast these releases as they sound really similar to each other, and as much as I see it, it is better to get two Danger Danger records than one at almost the same time. And in this case, quantity does not exclude quality. Both of them should satisfy hard rock fans, especially if they used to dig Danger Danger records.

Reviewed by Fat Peter for Sleaze Roxx, May 2016