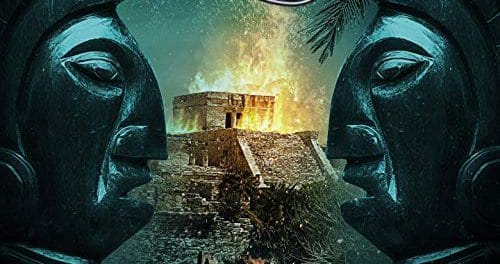 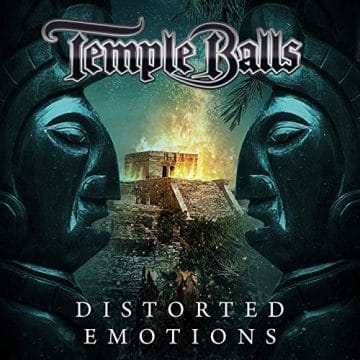 Review:
There are certain records that you know you are likely going to like right off the bat. As soon as I heard Temple Balls‘ first single “Distorted Emotions” from their sophomore studio album Untamed, I knew that I would be purchasing the record right away. It turned out to be a bit of an adventure to find a physical copy but I ended up buying both Temple Balls‘ Untamed and debut album Traded Dreams from locations in Japan. It took a little while to get to Canada but Untamed was very much worth the wait.

If I had to describe Untamed in two words, those words would be “stadium rock” which is a description that I first saw from German rockers Kissin’ Dynamite. When I think of “stadium rock”, I think of some big bombastic and upbeat songs, and Temple Balls definitely deliver in that regard on Untamed. The opening song “Infinity” starts off with a little classical type interlude before kicking things off with an upbeat tempo, some great singing from lead vocalist Arde, some well placed background vocals and very melodic guitar solos. I could have easily seen this track on Kissin’ Dynamite‘s killer album Ecstasy, which did finish at #2 on the Sleaze Roxx’s Top Ten Albums of 2018. Arde‘s vocal delivery is definitely grittier but with less range than Kissin’ Dynamite‘s Hannes Braun. That being said, Arde is very good at staying within the range that he excels at although sometimes I feel that he might be straining himself a little bit with his singing. Just about every song has a real upbeat and positive feel to it, which I really like. “Pauline” and “Ball And Chain” are probably the cream of the crop on Untamed filled with tons of melody and lots of sing along opportunities.

Odds are that if you like one song off Untamed, you’ll like all of them. That’s actually what I was hoping for when I first heard “Distorted Emotions” and I have not been disappointed. Having eventually listened to Temple Balls‘ debut album Traded Dreams (which I purchased at the same time as Untamed), you can feel the jump in maturity from the debut to the next record as Untamed has much better flow and cohesiveness to it. It feels like Temple Balls have found their sound on Untamed while on Traded Dreams, there were some good ideas but a bit of a mishmash of stuff to listen to. Although I like all the songs on Untamed, the one negative is that I find that there isn’t one song that really sticks over the others — that anthem so to speak. Then again, that goes to the quality of the songs on Untamed as every song is a strong one. When listening to an album, I’d rather listen to ten (or more) really strong tracks (for example, Judas Priest‘s Defenders of The Faith or Firepower) but without a truly standout song (although “The Sentinel” should be played at every Priest concert but that’s a matter for another day) rather than a record with one or two outstanding tracks with the rest being so so (for example, Mötley Crüe‘s Girls, Girls, Girls album with the standout track “Wild Side”).

With Untamed, Finnish rockers Temple Balls enter the world of the elite new breed of harder edged melodic rock with H.E.A.T, Eclipse and Kissin’ Dynamite. Perhaps it’s no surprise that Temple Balls have reached the upper echelon of “newer” bands with Untamed as they did have the assistance from H.E.A.T keyboardist Jona Tee who co-engineered the record and co-wrote a few of the songs. Learn from and work with the best and you’ll get some great results. Just ask L.A. Cobra whose last studio album Shotgun Slinger really hit the mark with the production guidance of Crashdïet guitarist Martin Sweet. It feels that Temple Balls have skipped a few steps with the assistance of Tee given that H.E.A.T, Eclipse and Kissin’ Dynamite all have quite a few studio albums to their names and took a while and longer than Temple Balls to each really master their sound and come up with a truly killer album. Temple Balls have delivered one of the best albums of 2019 and I would not be surprised in the least to see them in Sleaze Roxx’s Top Ten Albums list at the end of the year.

UPDATE MADE ON FEB 8TH 2021:Check out Temple Balls’ latest single “Thunder from the North” here:https://www.youtube.com/watch?v=GsyAsTJwoWY——————…