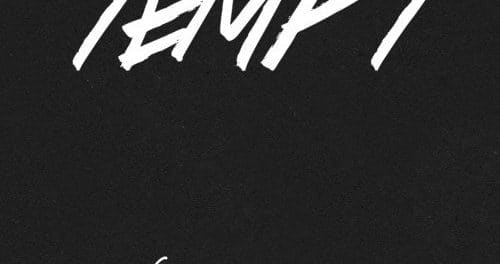 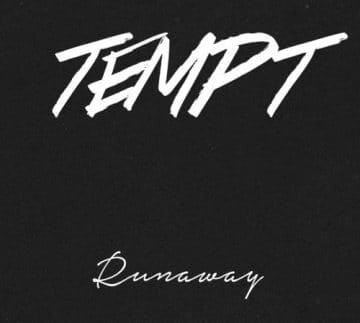 Review:
Anytime that a label such as Rock Candy Records, who predominantly only re-issues older albums from established or once established acts, decides to take a chance on a new band, that label has my attention. The reason of course is that there must be something really special with the new band for a label such as Rock Candy Records to give it its Cadillac treatment. Unfortunately for Tempt, the group’s full-length debut album arrived at the Sleaze Roxx headquarters along with a whole bunch of classic ’80s albums that I decided to upgrade from cassette to CD via Rock Candy Records. Accordingly, when I first played Tempt‘s Runaway album, I thought that it sounded pretty good as high quality melodic rock. However, it simply could not compete against such classics as Dokken‘s Under Lock And Key, Dokken‘s Tooth And Nail and Ratt‘s Dancing Undercover. Having “grown up” with those three last albums and a slew of others that got the Rock Candy Records‘ treatment and that I was hearing again in some cases years later, I was instantly loving hearing those records again compared to upstart Tempt who did not stand a chance.

I knew that Tempt‘s Runaway album was still a good one so decided to revisit the album more than five months later. This time around, the album struck gold in my mind. The great melodies are definitely plentiful on Tempt‘s full-length debut. Within one listen of the album (the second time around), I found myself singing along to tracks such as “Use It Or Lose It” and “Aamina.” Now if you’ve read some of my prior album reviews, you’ll know that I am not the biggest melodic rock fan as I prefer the grittier sleazy music variety pretty much anytime over melodic rock. However, I do admit that when melodic rockers add a little grit to their albums, it can truly end up being something absolutely amazing. A few bands that I think that are able to achieve those musical heights are Eclipse (especially on Armageddonize), H.E.A.T (specifically on Tearing Down The Walls) and Crazy Lixx (whom I considered more of a sleaze type band until their last album Ruff Justice). I am now going to add Tempt in that small but impressive category.

Yes — Tempt would likely fall in the “melodic rock” genre if you had to pigeon hole them into one type of rock but they have enough grit to their sound in my mind to make what they offer truly special. Usually, when a band offers 15 songs on one album, there are bound to be a few duds or weaker tracks but in Tempt‘s case, I find that every track is surprisingly really good and the quality starts from start to finish. Singer Zach Allen‘s voice is definitely a “melodic rock” one but is gritty enough at times to make him really enjoyable to listen to. The vocal harmonies are impeccable on the album and the guitar solos — when Harrison Marcello is allowed to unleash a little bit — are quite memorable. Even though there are keyboards layered throughout most of the songs, it is tastefully done so that it doesn’t overshadow the songs such as for example on H.E.A.T‘s latest Into The Great Unknown where the keyboards seem to dominate rather than enhance many of the tracks. Thankfully, there’s only two ballads, one of which — “Runaway” — happens to be the weakest track in my mind, while the rest of the songs are more upbeat rockers.

It appears that Canadian rockers Dextress may have adopted Tempt‘s model given that both previously released a four-song EP prior to their debut full-length, and most (in Dextress‘ case) and all (in Tempt‘s case) of the tracks from the EP surface on the full-length and that’s a great thing. Tempt‘s debut EP Under My Skin was reviewed by Sleaze Roxx‘s long-time contributor Terry Martinson who almost always is seemingly very positive in his reviews. I have to agree with him for Tempt as the four songs on that EP — “Under My Skin,” “Use it Or Lose It,” “The Fight” and “Time Won’t Heal” — are still some of the best offered on Tempt‘s full-length debut album Runaway. It’s been quite the challenge coming up with my favorite songs on Runaway because like I previously mentioned, they are all really good. When Tempt adopt more guitar riffs as the base for their songs such as on “Sapphire” and “Fucked Up Beautiful”, I think the outstanding results stand out even a little more. One song where Tempt may have to pay some royalties is on “The Fight” where the chorus sounds a lot like an Alice Cooper song whose name escapes me at this time.

Overall, Tempt‘s debut full-length album Runaway is a winner and puts the group on the short list of very good melodic rockers that I want to hear more from. It seems that the sky’s the limit for these guys and I am truly looking forward to see what they come up with next. Hopefully, it will be something with a slightly harder edge to it rather than a more keyboard oriented effort, which would likely have Tempt challenging for the Sleaze Roxx’s Top Ten Albums of the Year.