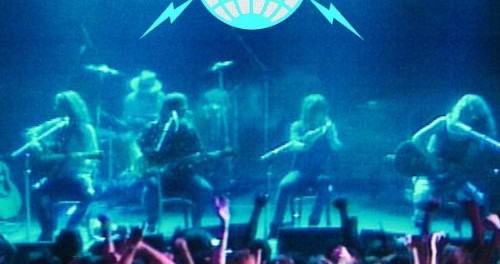 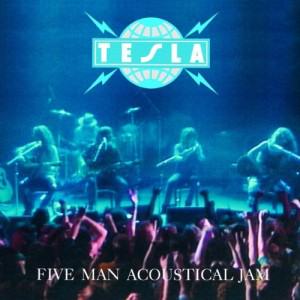 Review:
It is hard to believe that Tesla‘s Five Man Acoustical Jam album might well not have released because although the group’s live acoustic performance at the Troscadero in Philadelphia, Pennsylvania, USA was recorded, the band was not intending on releasing it as an album. It was only when Tesla‘s label Geffen got wind that Tesla‘s acoustic cover of the Five Man Electrical Band‘s track “Signs” — played at a radio station to promote the band — was getting lots of airplay that Geffen decided that it wanted to capitalize on the song and this eventually led to the release of Five Man Acoustical Jam a few months later.

This was a brilliant move because Five Man Acoustical Jam turned out to be arguably Tesla‘s pinnacle and brought them their biggest hit with “Signs.” Five Man Acoustical Jam‘s commercial success, in addition to the album simply being a phenomenal and groundbreaking one, seemingly was the ignitor that pushed many other rock bands to release albums comprised of songs played acoustically. The one thing that separates Tesla from a lot of the bands that eventually later released similar type albums is that Tesla already had blues based songs that lent themselves very well to acoustic treatment. Throw in lead singer Jeff Keith‘s distinctive, raspy and powerful voice and playing the band’s songs acoustically turned out to be a recipe for greatness.

Back in the day, I was a big Tesla fan but disappointed with their last release Psychotic Supper and not really into ballads and slowed down versions of songs. Nevertheless, I loved Five Man Acoustical Jam right from the start. The band’s stripped down arrangements of rocking scorchers such as “Comin’ Atcha Live” and “Getting’ Better” worked so well. Even ballads such as “The Way It Is” and “Love Song” that I did not particularly like that much from The Great Radio Controversy seemed to really come alive. Keith‘s various comments to the crowd also brought a real laid back feel to the album along with the band’s very cool covers of songs from the Rolling Stones‘ “Mother’s Little Helper” to The Beatles‘ “We Can Work It Out” to Creedence Cleawater Revival‘s “Lodi.” The addition of the Grateful Dead‘s song “Truckin'” at the tail end of “Comin’ Atcha Live” — which was done right at the beginning of the show — was a brilliant move since it worked seamlessly and also set the tone for Tesla‘s entire set. The group’s crowning achievement on Five Man Acoustical Jam was its very good cover of the Five Man Electrical Band‘s “Signs.”

Tesla may be known foremost as a hard rock band but it is their groundbreaking album Five Man Acoustical Jam that will cement the band’s place in a very good way in the rock and roll history books.