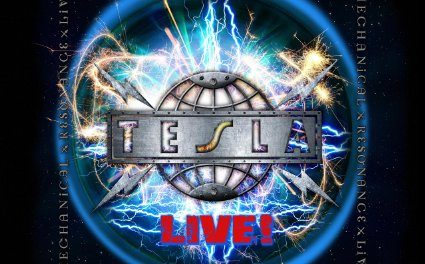 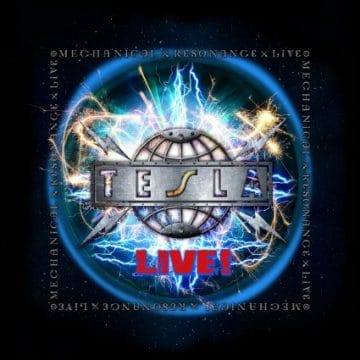 Review:
Back when I was a young lad fully immersed in heavy metal music, my family had a slightly older lad from Europe come to visit for two weeks. That European visitor brought his favorite albums including U2‘s The Joshua Tree with him to Canada. With only one stereo system in my family’s home, we both grudgingly took turns putting on our albums of choice and listening to the other’s selections. At the time, I must have just bought Tesla‘s debut album Mechanical Resonance (on vinyl) because that is pretty much all I played for the two weeks that my European friend was at our family home. The Tesla versus U2 debates raged on furiously for two weeks and at the end of my European friend’s stay in Canada, he admitted that Tesla had grown on him and they were quite good. I on the other hand, being stubborn and not wanting to acknowledge any music but hard rock / heavy metal, refused to throw any bone towards U2‘s way.

Thirty years or so later, Tesla‘s Mechanical Resonance is still a kick ass album with the songs having withstood the test of time. As Tesla stated in their CD booklet, “Tesla has always believed in the notion that the music comes first and the songs on this album prove that honesty and good songs will survive the test of time.” Well, I have news for Tesla and I think they know in any case. The songs from their debut album Mechanical Resonance have more than survived the test of time since thirty years later in live format, they still sound really good and fresh! Part of that has to do with the group sounding very solid musically — check out those killer guitar harmonies between Frank Hannon and Dave Rude — and the other part has to do with singer Jeff Keith having kept his vocal chops so to speak in very fine form thirty years later.

The sound on the live album gives the songs more of a sonically polished and tamed edge as I remember the guitars and music sounding more penetrating and sonically piercing on the debut album — I admit that I have not heard it in a while with no more vinyl player to play my copy of the debut album from thirty years ago — than what we have on Mechanical Resonance Live! Having recently seen Tesla open this summer for Def Leppard and REO Speedwagon, I find that the live sound on Mechanical Resonance Live! is very close to how the band sounded when I last saw them play live.

As far as the Phil Collen (of Def Leppard fame) penned new Tesla song “Save That Goodness,” it is a solid song with lots of melodies, a good chorus and a great upbeat gospel like feel. I would love for Tesla to come up with a full new studio album of songs at that high quality. With Collen having produced or in the midst of producing Tesla‘s upcoming new studio album, the potential for a killer studio album from Tesla certainly appears to be there. Throwing that bonus new track on Mechanical Resonance Live! was a good idea to give people at least some new material to buy. I would love if Tesla revisited the entire The Great Radio Controversy live in the next years or so and released it as a live album. Only time will tell.

For now, do yourself a favour and pick up the classic debut album from one of the most consistent hard rock bands in the last thirty years revisiting it in a live setting. If you’re like me, you may have forgotten a little just how good Tesla‘s songs on their debut album really are!