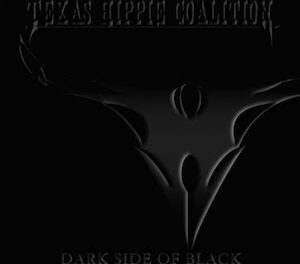 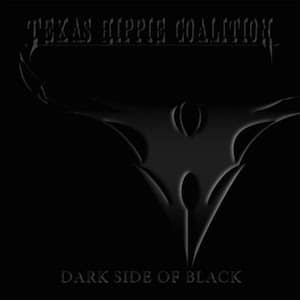 Review:
Texas Hippie Coalition (also known as THC) are a band from Denison, Texas, USA who are known mainly for combining heavy rock/metal riffs together with heavy, sometimes even growl-like vocals delivered by a very heavy individual, an aptly named Big Dad Ritch.

What I believe best describes this band is that it could be called a light version of Pantera, with a more skilled (which does not mean better, as tastes differ) vocalist than Phil Anselmo. Big Dad Ritch’s vocals are maybe less snarly, and more melodic but they certainly remind me of Anselmo’s manner. The difference shows up once in a while, when you can actually point out that when in need, this guy can actually sing very well, albeit on this particular record, he really just focuses on menacing growls.

Speaking of their new album we are trying to review here, Dark Side Of Black does not differ that much in musical substance from their previous releases. It is still very heavy hard rock, which sometimes wanders into thrash, and even heavier territories.  I have not listened thoroughly through the rest of THC’s catalog, but the songs I found on the web are close in manner to the ones on their latest release. The musicians here seem like a hard rock powerhouses, with a tendency to wander out into thrashy and sometimes even into stoner territories. The album all in all is pretty versatile for a release which is basically a sonic scream of anger. There are of course no ballads here of any kind. The only slower themes in this recording are that of more of sludgy, stoner nature.

In regard to the lyrics I guess they were supposed to be very dark. In reality, they are overly angry, but they do not seem to bring anything new or fresh to the table. The music however, as I mentioned before is complimenting them very well, being a very good sonic backbone to the ire of the lyrics.

All in all I think this record does not seem to reinvent the wheel, but it is a very good choice for someone who likes pissed off heavy music, while at the same time enjoys some melody, and some hard rock, instead of brain crushing death metal all the way, or anything like that. It is angry, pissed but it stays mainly rock.

The thing you might not like about this album is that there is really nothing fresh here. Coming back to what I wrote in the beginning, it is really a somewhat Pantera “light” with a slightly more skilled vocalist. But to the Texas Hippie Coalition‘s credit, I think they did not try to reinvent the wheel. Instead, they decided to focus on coming up with something brain crushing, but not driving it very much over the extreme boundary.

If you like to hit stuff, shout at walls or anything like that, you might find this record appealing. If that is not your vibe, honestly, I don’t think this release will stick with you very long.