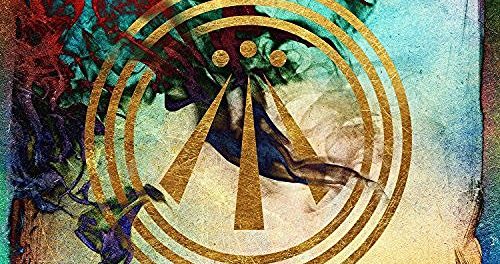 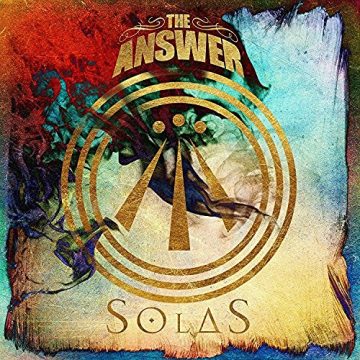 Review:
The Answer have always been one of my go to bands for their arena rock anthems and songs with a gentler bent. So when I got the new album Solas into my inbox, I was like a moth to a flame, so to speak. I would circle it many times before getting zapped… with varying degrees of success. But more on that later. Let’s define the band first.

The Answer are a band out of Newcastle, Northern Ireland. Their first album Rise sold over 30,000 units in the UK alone, and over 100,000 worldwide. In today’s numbers, that’s nothing to shake your head at. The band has toured with the likes of Aerosmith and AC/DC.  The Answer have a pedigree no one can argue with.

With respect to Solas, I should quote from the notes provided to me by the band…

Ten years, five albums and thousands of shows later, The Answer returned home from the last date of their 2015 US Raise A Little Hell tour, to a scene of utter emotional chaos. Staring into a financial and creative abyss, matters escalated further when main lyricist and lead singer Cormac Neeson disclosed that he wondered if he could bring himself to ever create anything again let alone pen a new record.

Neeson’s newly born son, Dabhog, had just arrived into the world three months premature and weighing a mere 1 lb, 12 oz. He would spend the next four months in hospital fighting for his life. Born with multiple health issues and with the spectre of an open-heart operation on the horizon, Neeson and his wife were thrown into a nightmarish world of ventilators, blood transfusions and an enveloping fear of the unknown that lay ahead.

“I look back at that time of my life as a darkness I didn’t know existed. It felt like all the lights in the world had been dimmed and weren’t ever coming back up again. I emerged from that whole experience a different man,” explains Neeson.

With that in mind, let’s now talk about Solas. If you’re expecting arena rock anthems like “Revival,” “Renegades” or my personal favourite “Spectacular,” this isn’t the album for you. Solas is a wide departure from what The Answer has offered in the past.  Whether it’s because of a maturing sound, or the extraneous facts noted in the quote above, there’s a new sound and a new focus to this band. The lyrics are more introspective and the music is less aggressive, leaning toward gentile and exploratory.

It reminds me of Canadian band Our Lady Peace. Their first few albums were solid ’90s hard rock, and all of a sudden they “evolved” into generic radio-friendly pabulum. I’m not saying The Answer are going there yet, but Solas is an outlier in  the band’s catalogue.

I do like songs such as “Demon Driven Man” or the guitar sounds on “Real Life Dreamers” as good rock songs. Oddly, I’m not going to crap on the rest of the album, because I respect The Answer too much, and will allow them this one-off. I can almost see that, based on the last couple of albums, the band was leading up to this. “Gone Too Long” is a perfect example, and I love this song, from the 2015 album Raise A Little Hell. However, as a solid rock album, it’s not the thing for me, and ultimately…. I hate to say this but…. I’m left disappointed.

Caveat — I’ve taken a lot of heat for giving bad reviews to experimental albums. This is Sleaze Roxx, and if you want sleaze, then pass. The Answer are offering an experimental album with unique sounds and different melodies than what you may be used to from this band. Go for it…. at least do the 30 second test on Amazon. But don’t be like a moth to a flame, because that’s bad. It may or may not be something you enjoy.