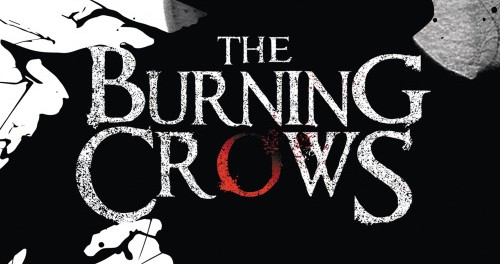 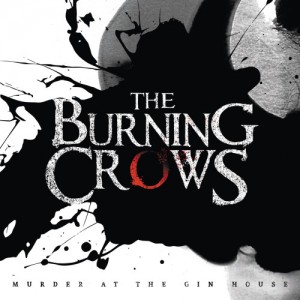 Review:
I really feel uncomfortable when I need to write a review for an album of a band I feel a genuine sympathy for. That is the case with the new release from one of the fresh up and comers from Britain, The Burning Crows. Their 2013 debut Behind the Veil really got my attention. It had a lot of energy, yet keeping a very brit-rock kind of Quireboys’esqe vibe. There was a lot of class and a lot of energy too. Their song “Time” was one of my favorite songs of 2013 in my debut album category.

Like a lot of acts before them (and for sure a lot coming after them), The Burning Crows seem to me a bit lost with the sophomore release, the very cool titled Murder At The Gin House. Now in no way do I want to state that this record is bad, awful, crap or anything like that. I’d say it is, well, almost good.

Again that might be only my opinion, but I find with my approach to it — the very same way as to The Dead Daisies‘ latest effort reviewed by Sleaze Roxx writer Ruben Mosqueda — it is all right, it has all the right things put in place, but somehow it does not kick start my heart. It does not really live up to the expectations I had for it. That may be due to the fact that the band’s  aforementioned debut album blew me away, but still. The same way as I was hyped to hear new music from John Corabi with The Dead Daisies, and got a decent but not really a killer record; the same thing is here. I was maybe expecting way too much from these guys and only got a record I could say that reaches, an “almost good” kind of level.

The fact is that there are some cool numbers here, like the opening “Hell To Pay” and the later “11:37” followed by “Little Bit More.” They have good rhythm, mediocre (my opinion only) solos, but there is some energy, and the singer really tries hard and reaches his own style a bit. There is also a cool ballad like number closing the record titled “Holding On.” Apart from these four songs, not much else stuck with me listening to this album. Even though it is well produced and all the parts are in place, I was just expecting a blast of an album — bearing in mind the band’s last effort — and got normal, solidly built, but not killer rock material.

If you like energy in your songs with some British rock vibe, pick this record up but maybe try to listen it first and then decide. You might love it. You definitely won’t hate it 2015 has been a very good year for rock releases and time in life is limited. My advice to you is to check out Murder At The Gin House first before purchasing it and then decide if this is your cup of tea.