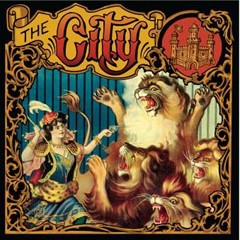 THE CITY
THE CITY
Released 2010 (The City/Fakto Records)

Production:
Mixed and mastered by Patrick Delabie and The City.

Review:
‘Hard rock’n’roll with influences of early NY punk’ is how Belgium’s The City describe themselves. Like every metropolis, The City are hard to narrow down with their varying influences — but a collection of sounds from the seedy part of town might describe them best. For the most part this five-piece band plays straight-up hard rock, but while listening I keep coming back to Wake Me When It’s Over era Faster Pussycat. That album was difficult to categorize as it pushed the boundaries of sleaze metal into uncharted territory, and The City take a similar approach on their self-titled debut.

From the opening “Over & Done” vocalist Tommy X produces a throaty Taime Downe snarl. The track is a quick 2 minute burst that leads into the less convincing “Sore” and “Everything”. But the band pick things up again with “Hate To Love You”, which finds that sleazy attitude returning to the forefront, before it really takes off on “Fix Me Up”. This track slides along with ample amounts of attitude and a slide guitar that turns the song into a winner. “Rockin’ And A Rollin'” keeps the peddle to the metal with a heavy beat and a guitar solo that harkens back to the dirty ’80s sleaze scene.

The City then mix things up with “Ghost Ship”, a song that has a similar feel to the Butthole Surfers “Who Was In My Room Last Night” and blends it together with a punk vibe. It is an interesting number with its distorted vocals, but works incredibly well as another furious guitar solo is thrown into the mix. “Mad, Bad ‘N’ Dangerous” fails to live up to its title, but the band returns to form on “The One I Want” before wrapping the whole affair up with the moody mid-tempo “Time Machine”.

For the most part The City impresses on their debut. Their brand of gloomy, whining sleaze metal infused with a hint of punk may not be for everyone, and can be rather inaccessible at times — but it makes for a unique album and an interesting debut effort, one that would be at home blaring through the PA system of a decrepit strip club.