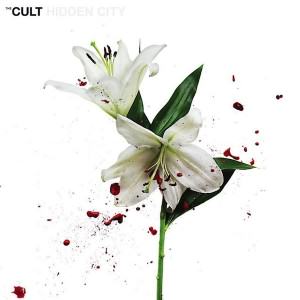 Review:
First of all, for fans like me of The Cult‘s Electric, Sonic Temple, and Beyond Good And Evil era, Hidden City has nothing for you. Hidden City harkens back to the early days of The Cult circa 1985. I hear “Rain” and “Spiritwalker” — maybe a bit of “Revolution” — but there’s no winner like “She Sells Sanctuary” on this album. Certainly nothing like “Lil’ Devil”, “Fire Woman” or “Rise.”

Ian Astbury sounds as great as always….and the mellow tracks illicit acid-washed images projected on gym walls, a freak out when I was in high school (for several reasons!), but disappointingly dated today. “Dark Energy” is a rocker, and “Heathens” has a groove to it. Probably “GOAT” is the closest to the kind of The Cult I’m still waiting to re-emerge. Unlikely, but a man can hope. For those familiar with Canadian band The Tea Party, there is a parallel. “No Love Lost” has a decent guitar line coupled with flavours of eastern notes and drum beats, much like Jeff Martin’s licks. But then it gets lost in the chorus and sucked back in later on. Strange song all around.

The track “Deeply Ordered Chaos” kind of defines this album. It’s all over the place with nothing to hang onto for more than a song or two. The Cult has been experimenting with something over the last three albums… and it’s failing in my opinion. The band is searching for a different sound, and I think it’s alienating the core audience. Let’s not even discuss Bob Rock’s involvement in producing this record, or “Choice of Weapon.” Rock always makes albums that sound good, but generally he doesn’t bring out the best in an artist. Case in point, Metallica’s Load and Reload albums. Discuss…

I’m going to go out on a limb here and say that this is not a horrid album musically, and some of the melodies are kind of neat. It will go into my “seconds” bin. But for sleaze fans, nope. I’ll pass.

My first review for Sleaze Roxx! What do you think?

‘Hinterland’ is the brand new single available from ‘Hidden City’ the forthcoming new album by The Cult released 5th February 2016 through Cooking Vinyl.Get …