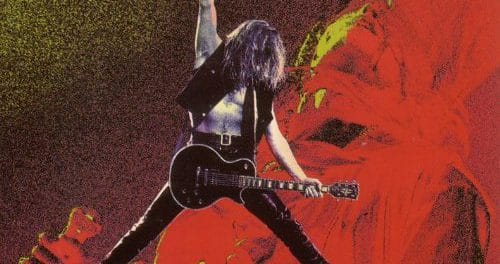 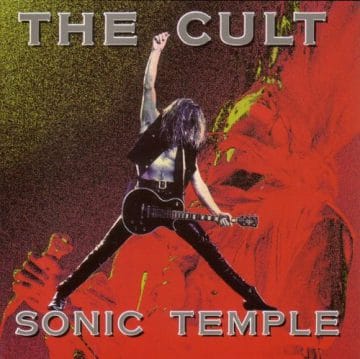 Review:
I have a love/hate relationship with reviewing classic albums. On the one hand, I love listening to the old-school tunes and reminiscing about good times. On the other, it simply reminds me I have become a middle-aged parent, and risk falling into that “music ain’t as good as it used to be” category.

I saw The Cult on their Sonic Temple tour in 1989, at the arena in Sudbury, Ontario. Jason Bonham’s band Bonham opened the evening. I recall Jason had broken his right hand a week or so before the show. Instead of cancelling, he had a cast on and used a digital keypad for much of his hat/cymbal work, and inserted a stick into the cast for fills. As a drummer myself, I’ve always respected him for doing that, alongside his obvious percussive talents. On another note, at that show, I got backstage and met Billy Duffy and Jamie Stewart — cool guys who enjoyed signing an autograph for this starry-eyed teenage fan.

The Cult’s previous album Electric was monumental and brought the band into the A-list of hard rock acts. Sonic Temple took it a step further with well thought out tracks, which were expertly produced by Bob Rock, and reflected a unique take on the whole hard rock genre at the time. According to Wikipedia, there were four songs that hit Billboard’s Mainstream Rock charts in the US — “Fire Woman” (#4); “Sun King” (#18); “Edie (Ciao Baby)” (#17); and, “Sweet Soul Sister” (#14). I still hear “Fire Woman” and “Edie” on both classic and modern rock radio stations to this day.

Where Electric was written in a pretty straight forward fashion, Sonic Temple explored other ideas and sounds, often toying with Slash or old Aerosmith style guitar lines. “Fire Woman” had an instantly recognizable opening riff reminiscent of “She Sells Sanctuary” and is simply a classic solid hard rock tune. “American Horse” and “Soul Asylum” are complex and combined The Cult’s newer musical focus with instrumentation used previously during Love and Dreamtime.

“New York City” with Iggy Pop on backing vocals, is heavier and more aggressive, similar to the previous album’s “King Contrary Man.” With its bluesy opening and swaggering beat, “Medicine Man” often landed on mix tapes that I would make. There’s an infectious quality about “Soldier Blue.” It’s a bit poppy, a bit rough around the edges, but fun overall. “Automatic Blues” still seems to me to be a nod to Whitensnake, albeit with Astbury‘s own unique vocal delivery. There’s something about “Wake Up Time For Freedom” that I find draws me to listen a few times a year, even now.

Back then, the band I played in was more inclined to cover songs from Electric rather than Sonic Temple since the former were far easier to mimic and perform. That said, it almost leads me to believe Electric was the ultimate outlier in The Cult discography at that point in their career. Sonic Temple, to me, seems to have more in common with “Revolution”, “Rain” and “She Sells Sanctuary” from Love, simply by virtue of the way each track was composed, arranged, and performed. The Cult adapted to the wildly shifting musical tastes in ’80s rock over the course of the decade, sometimes alienating current fans to attract new ones.

The Cult continue to record, perform, and evolve to this day. While I am no longer as much a fan of their newer offerings as some of their classic work, I still respect the fact that they’re charging along over three decades later — still adapting, alienating, and creating new fans as they go. In fact,  the band has announced a 24 date North American tour, playing venues from casinos and clubs to theatres and open air festivals in celebration of the 30th anniversary release. A re-issue of Sonic Temple is also anticipated in the coming months.