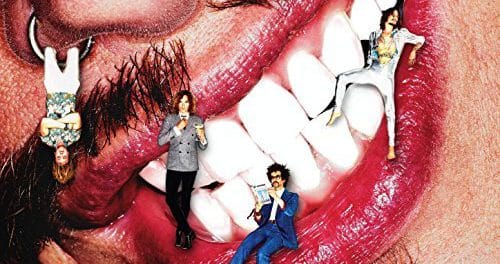 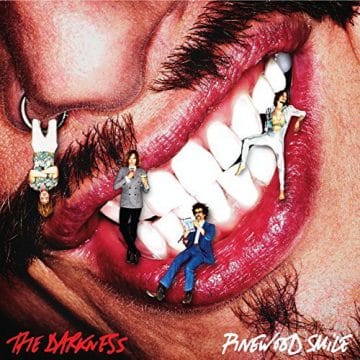 Review:
Admittedly, I was a late comer to The Darkness party. I had heard the singles from their debut album Permission To Land released in 2003 and naively wrote them off as a joke. To me, they were just another one of those bands taking the piss out of the rock/glam genre. I mean were they serious with a vocalist who sounded like a strangled cat and pranced around like a ballerina wearing a skintight jumpsuit? Some of my friends were big fans of the debut album and heralded it as a classic, but despite them playing it constantly, I just dismissed it as stupid and did the best that I could do to block my ears.

Then The Darkness released their sophomore album, One Way Ticket To Hell And Back (2005) which in itself is a ludicrous title and doesn’t give anyone the impression that the band may have changed their ways since their debut. It was at this point that I had heard the title track with its very AC/DC inspired riff and it got my interest. Surprisingly, I found myself taking a shine to the band, with the songs “Knockers” and “Hazel Eyes” becoming some of my favorites. But then, the band broke up in late 2006 just when I was about to jump on the band wagon and become a glorified fan. Vocalist Justin Hawkins went on to form Hot Leg and they released their debut album Red Light Fever (2009). The remaining members formed Stone Gods and released their debut album Silver Spoons And Broken Bones (2008).

In 2011, The Darkness reunited and they released their comeback album the following year titled Hot Cakes (2012). Hot Cakes continued on from where the band had left off in 2006 seemingly without missing a beat. Last Of Our Kind (2015) followed and reinforced what I had failed to realise all those years ago – The Darkness are a great band with some really talented and entertaining musicians. And now here we are in 2017 with the release of The Darkness’ fifth album, Pinewood Smile and what a fantastically diverse collection of music it is. Now bear with me during this review as I might go overboard with references to other artists because I can hear a lot of similarities and styles to other songs; but ultimately you should judge for yourself.

Pinewood Smile opens with the fantastic “All The Pretty Girls” with an intro that builds up into an all too familiar but rocking riff, which is quickly followed by the trademark banshee howl of vocalist Justin Hawkins. The riff is intermittently dispensed with during the vocals but quickly returns to energize proceedings. As expected, the lyrics are tongue-in-cheek and the chorus is instantly catchy. “Buccaneers Of Hispaniola” follows up next with the guitars taking on a cleaner sound which is something that is very prevalent on Pinewood Smile, especially the second half of the album. The vocal delivery on this song reminds me of the style used by ’80s pop band Adam And The Ants, with Justin’s vocals sounding eerily similar to Adam Ant. But this is The Darkness and as expected, the chorus comes crashing in with a frantic overdriven riff that instantly hits you in the face. This song is definitely one of my favorites from the album purely because of the style changes.

Third track “Solid Gold” continues the energetic rock onslaught with another AC/DC inspired riff. Once again, the lyrics are comedy gold and the chorus is instantly catchy. I can just imagine a live crowd going off with the chorus of this song. The only criticism I would have is that the last 40 seconds are purely outro music. It would have been good if the tempo was taken up a notch to give the song a big crescendo ending or maybe have it turn into a frantic wall of noise before stopping dead. “Southern Trains” follows up next with the rock continuing at a fast pace (unlike the trains mentioned in this song). Has anyone ever written a rock song about how poor the public train system is? The chorus on this song has a very punk chant style going for it which once again will probably go down well with a live crowd.

For the fifth track, we dispense with the rock and enter ballad territory with “Why Don’t The Beautiful Cry?” The song is calm and soothing but maybe a bit boring for narrow minded rock fans. It has a very ’70s style to it and if it was released back then, I imagine it would have been a big hit. “Japanese Prisoner Of Love” is next and we return to rocking territory to a degree. The song feels like a cross between Thin Lizzy and Queen with a lot of changes in tempo, guitar sound and vocal delivery. There are a few operatic background and lead vocal moments (“oohs” and “aahs”) that come off quite effective by adding to the atmosphere and layering of the song.

We now come to the final four tracks of the album and it is here where the usual big rock style riffs The Darkness are known for ceases. Technically, you could say that the rocking of the first four tracks on Pinewood Smile stopped at the ballad “Why Don’t The Beautiful Cry?” but that would not be fair to “Japanese Prisoner Of Love” which still has some kick to it. However, just because the riff based rock has stopped, it doesn’t mean that the songs aren’t any good — they are just different. I’d go as far as calling this section of the album the experimentation zone, with the band trying some new elements to their songwriting and playing.

“Lay Down with Me, Barbara” is the seventh track and despite an upbeat intro, the verses are quiet and reminiscent to elevator music. The peacefulness is broken up by a chorus which eventually brings in a short burst of overdriven guitar for energy, which in itself is followed by a mellow guitar solo that suits the song perfectly. “I Wish I Was In Heaven” follows and continues with the usual more up tempo chorus trappings contained in most of the songs on Pinewood Smile. Make no doubt about it — The Darkness know how to write big choruses and it is probably one of the main reasons their songs are so catchy.

Speaking of big choruses, do they even come any more bombastic than “Happiness” the ninth track on the album? The song starts off peacefully with some beautiful sounding arpeggio before it transitions into the aforementioned big chorus with its simple vocal line which ends up sounding very similar to ’90s alternative rockers Marvelous 3. “Stampede Of Love” closes out the album and when I first heard the song I immediately thought of Jani Lane and Warrant. I’m not sure who is doing the initial vocal lines in the first verse which are clearly followed by Justin’s vocals, but they are hauntingly similar to Jani Lane. The album liner notes don’t specify who is singing, but the band line-up mentions that drummer Rufus Taylor also shares lead vocal credits on the album somewhere, so I am tipping that it might be him. The song is the perfect closer. Beautiful and serene in one sense, before briefly being interrupted by a thunderous section that includes a guitar solo, before returning and closing back in beauty mode.

Overall, Pinewood Smile has a bit over everything and is quite diverse. There is enough on the album to satisfy the basic rock fan but also enough for those who like a little bit extra or something out of the norm to keep things interesting. Despite The Darkness having been around for quite a while now, they continue to grow as musicians and songwriters. Vocalist/guitarist Justin Hawkins is still the focal point of the band and while his high pitched falsetto may not suit everyone, he actually has a nice normal singing voice in addition to great guitar skills. Guitarist Dan Hawkins himself is solid and the real driving force of the band, with bassist Frankie Poullain and drummer Rufus Tiger Taylor providing the perfect rhythmic foundation.

The Darkness’ “All The Pretty Girls” video:

The Darkness – All the Pretty Girls

Our latest single ‘ All the Pretty Girls ‘ has been released upon the world! Taken from our new album ‘Pinewood Smile’ which you can buy now at https://theda…

Our latest single ‘ Solid Gold ‘ has been released upon the world! Taken from our new album ‘Pinewood Smile’ which you can buy now at https://thedarkness.lnk…