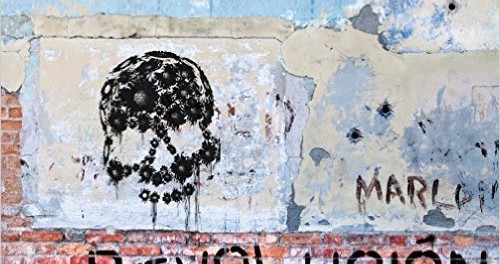 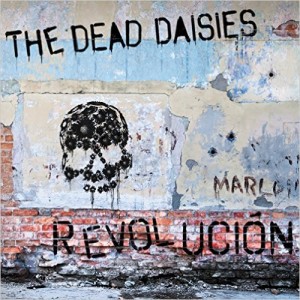 Review:
The retooled The Dead Daisies have returned with a new overhauled lineup. The most noticeable change is the addition of John Corabi who steps in for the dismissed Jon Stevens. Also joining Corabi are bassist Marco Mendoza, guitarists David Lowery and Richard Fortus, keyboardist Dizzy Reed is none other than drummer extraordinaire Brian Tichy.

The Dead Daisies are a no frills, in your face rock ‘n’ roll band and with the addition of Corabi, it has added the grit that the band needed. They combine elements of classic rock and bring it to the modern age. They aren’t too far removed from the Rolling Stones, Led Zeppelin, Deep Purple and the like. The question here is will John Corabi be the shot in the arm that the band needs to get to the next level? Revolucion is full of some stellar moments such as “Mexico,” the cover of Willie Dixon’s “Evil,” “Empty Heart,” “Looking for the One,”and The Alex Harvey Band cover of “Midnight Moses.” Revolucion isn’t without its fair share of clunkers — in fact the album has a lot of them. There’s nothing more frustrating for a listener than having your anticipation for an album get completely wiped out by songs that are ‘good’ but don’t really go anywhere. The writing and recording for Revolucion took place relatively quickly and it shows here. The songs — the filler — have potential and would have benefitted from the band working on them a little more. Instead, you have a great band with a top-notch singer with pretty average material.

The band is currently opening for Whitesnake and have some dates with KISS on the horizon. In reviewing their setlist from the current tour, the band is mixing it up with stronger material from the last album and the new album alongside several covers. If you’re curious and have some extra cash in your wallet for an impulse buy, check out Revolucion. It’s not a terrible album but it’s not going to knock your sock off either. I wanted to love this album terribly but I just don’t; maybe The Dead Daisies will fair better on album #2 with Corabi.

Taken off our upcoming album Revolución and shot in Cuba.The Dead Daisies are a collective featuring some of the best musicians in the world. This includes; …