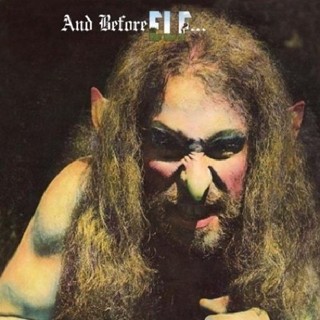 THE ELVES
AND BEFORE ELF… THERE WERE ELVES
Released October 24, 2011 (Niji Entertainment)

Review:
Since Ronnie James Dio‘s passing all sorts of Dio related recordings have been coming out of the woodwork. To be honest, none of them have been sub-par — and it’s better to have music than, let’s say, Dio numbered baseballs (which, by the way, do in fact exist).

Dio‘s band The Elves played blues inspired rock ‘n’ roll before ultimately evolving into Elf — it’s not what one would associate the great Ronnie James Dio with, but it worked. You have to remember that it was with Elf that Ronnie was discovered by Deep Purple who took them out on tour. Later, as you know, Ritchie Blackmore split with Purple and recruited Dio for his new band Rainbow… and the rest is history.

And Before Elf… There Were Elves features original cuts alongside some covers. The CD is comprised of live tracks taken from the circulated bootleg entitled Live At The Bank, a 1972 show where The Elves showcased their ability to play good bluesy, honky tonk, rock ‘n’ roll. You can clearly hear the potential that this band had even in their early incarnation. Some of the highlights include their take on the Willie Dixon blues classic “You Shook Me”, the Rod Stewart and Ronnie Wood penned “Stay With Me”, and their take on the Graham Nash classic “Simple Man” which is nothing short of amazing. The original material is also strong, as shown on the stellar “Drown Me In the River” and “Driftin” — both songs show off the powerful, soulful vocals of a man short in stature but with the heart and lungs of a lion.