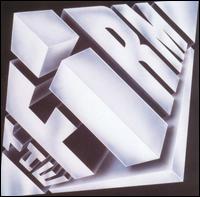 Review:
This was the debut album from this quartet featuring ex-members from such legendary bands as Bad Company and Led Zeppelin. Songs such as “Closer”, “Satisfaction Guaranteed” and “Radioactive” (which was also the hit single) are fairly catchy and have a sing-along feel to them. There is also a cover of The Righteous Brothers‘ “You’ve Lost That Lovin’ Feelin”, a song I never liked in the first place.

While “Radioactive” and a select few rocked, the majority of the album sounds like a watered down version of Bad Company. Paul Rodgers is a great singer and Jimmy Page a guitar legend, but this album fails to showcase their talents. The Firm doesn’t rock nearly as hard as they could and therefore only give this CD one thumb up.