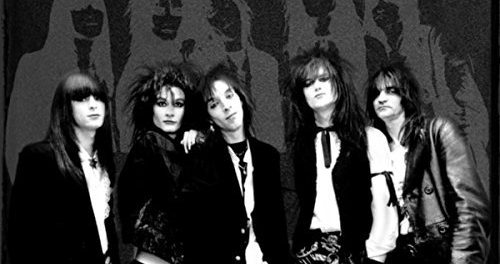 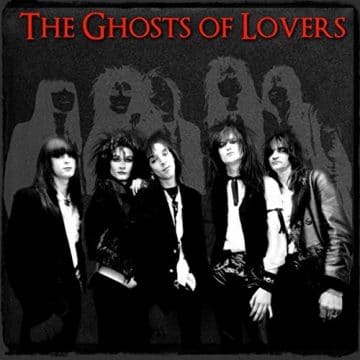 Review:
Well, to be honest, I’m not much of a punk fan. I frequently equate the genre to the sk8r vibe of the late ’80s, probably unfairly. The Ghosts of Lovers are pure punk, fortunately going way back to the original ’70s…. The Sex Pistols, The Clash, New York Dolls, and Hanoi Rocks are listed amongst their influences. The band from London, UK sure channels those bands in this 15 song offering.

I find it interesting that this of all weeks, following the election in the United States, a pure punk band comes across my desk. According to a 2012 article from the UK Guardian newspaper, punk can be identified as … “a culture which emerged in a complicated roar of rage and disgust but even when punks clash over ideals they agree on the fundamentals: self-expression, independence, nonconformity, resistance, a belief in alternatives. While punk’s external signifiers are no longer shocking, these core principles continue to inspire new generations” Ahem, given what’s currently happening in the United States, I might suggest it is a new era of punk coming from across the sea to invade America that will inspire new generations.

The Ghosts of Lovers offer a solid track list of accessible punk and hard rock influences. There are several live tracks that, in my opinion, do not enhance the album, but at least reinforce what the band is all about. “Soldier Of The Heart,” “Who’s To Blame” and two additional tracks are live off the floor recordings that remind me of listening to old Black Flag or D.O.A. bootlegs in the ’80s. Don’t expect much from these additions to the album.

“Sweet Sensitive Young Thing” is almost a country-rock sensation, with gentle guitars and a laid back vocal style. I start with this because it is an anomaly. It is unique and stands out amongst the aggression and the attitude provided throughout the remainder of the album. “Another Time” really sounds like it belongs in another time — the late ’70s. “So Lonely,” “(Requiem For) Candy,” “Iona” and in fact, all the tunes on this album are a combination of the Sex Pistols, Dead Milkmen, The Replacements, and the Ramones together. It’s a walk in the park for purists looking for new punk and who hate neo pop-punk such as Green Day.

If you’re into late seventies punk or related genres, then give The Ghosts of Lovers a shot. There’s no better band out there today offering the same style, attitude, and detail to predecessors as these guys.

The Ghosts of Lovers‘ “Tonight” song:

The Ghosts of Lovers – ‘Tonight’

The Ghosts Of Lovers‘ “Don’t Be Afraid” song:

The Ghosts of Lovers – ‘Don’t Be Afraid’