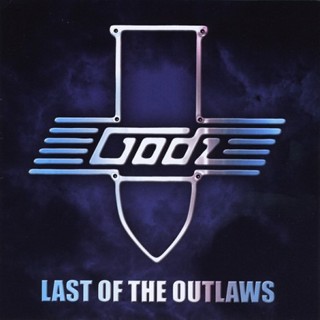 THE GODZ
LAST OF THE OUTLAWS
Released April 3, 2012 (The Godz/XTremely LTD Recordings)

Review:
Eric Moore looks like a surly old bastard — the type of guy who has been on the road way too long, has drank too much alcohol and has partaken in too many bar-knuckle barroom brawls… and he has the voice to match! I’ll openly admit that (while aware of the name) I had never sat down and listened to a Godz album before, but I get the feeling that when Moore says “I spent my last damn dollar, and I bought myself a bottle of beer” he isn’t joking.

Road-weary biker rock appears to be The Godz‘ trademark sound, with Moore residing as club president. While The Godz have existed for decades on the outer fringes of hard rock, it isn’t too much of a stretch to believe they were due at least a hint of recognition — perhaps the same amount afforded to similar artists such as Nazareth and Rose Tattoo. Unfortunately that never happened, and almost certainly never will — instead the band have a loyal cult following, and it is probably best that way.

Throughout The Last Of The Outlaws Moore portrays the grizzled, down-on-his-luck, anti-hero — a character who lives and dies on the road with guitar in hand. The title track, “Born At The Wrong Time”, “Ever Lovin Chains”, “This Time”, and “In The Wind” each lay down a groove with a healthy dose of no-frills ’70s rock and vocals that could cut glass. While that type of sound is The Godz‘ bread and butter, it is during “Reaction” and the KISS inspired “Show & Tell” where The Godz enter the more commercial hard rock arena — mainly due to Steve DeMatteo taking over on the microphone.

I’m the wrong person to ask if you’re wondering how Last Of The Outlaws compares to the group’s previous efforts, but I enjoyed it and feel the need to further explore their past. Nothing about this CD is fancy or glamorous — its just honest, authentic, guitar-driven hard rock delivered by the type of warriors who find themselves without commercial success but lots of accolades.