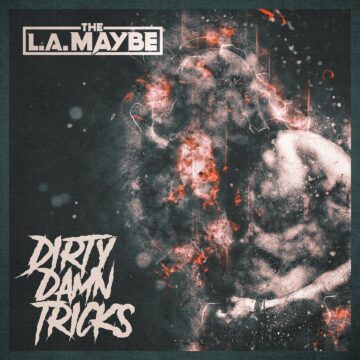 Review:
More information keeps trickling in about the limited auditions that AC/DC held back in 2016 to find a singer to complete their Rock Or Bust Tour after Brian Johnson had to bow out due to some major hearing issues. Sure, Guns N’ Roses frontman Axl Rose ended up getting the gig and in hindsight, that was a great choice to sell tickets on the remainder of that tour, but it would have been really cool to see one of the “unknown” singers who auditioned for AC/DC land the gig. One of those unknown singers turned out to be Darren Caperna, who fronts the AC/DC tribute band Back In Black as well as the group Stripwired. While Caperna didn’t land the likely once in a lifetime AC/DC gig, he did get a renewed sense of motivation along with his Stripwired bandmate Michael Mroz, and the duo along with the rest of their bandmates ended up releasing the absolutely stellar Another Shot album, which finished at #2 on the Sleaze Roxx’s Top Ten Albums of 2019.

Another name that ended up surfacing was Lee Robinson who ended up getting fired from a job when he decided to audition for AC/DC. I can’t imagine staying at any job if I had the chance to audition for AC/DC and even though I would have zero chance of landing the gig due to my singing that should only be limited to when I shower in the morning. Obviously, Robinson did the right decision and especially when he likely knew that he had a good shot at landing the coveted gig since he had the necessary chops as the singer for the AC/DC tribute band Thunderstruck and AC/DC had sought him out along with three other “unknown” singers to audition. Unlike Caperna though, I was not aware if Robinson was fronting a band playing original material. About a month or so ago, a new band’s video came up on my Facebook feed and it turned out to be The L.A. Maybe‘s debut single “Mr. Danger.” After hearing a little bit of the song, I knew instantly that this band should be featured on Sleaze Roxx and I found it quite interesting that The L.A. Maybe‘s singer Alvi Robinson was one of the four “unknown” singers who had auditioned for AC/DC. Funny enough, I did not make the connection between Lee Robinson (to be fair, I had forgotten his name) and Alvi Robinson until I started writing this review and realized that they were the same person.

Upon listening to “Mr. Danger” for the first time, I was super impressed with Robinson‘s voice. The track has swagger, bite and really rocks while allowing Robinson to simply shine. I was thinking to myself, “A whole album with tracks like “Mr. Danger” and here is the album of the year.” As it turns out and from what I understand, the L.A. Maybe band consisted of five members when they approached Robinson to join the group after his “failed” (and I use that word loosely) audition with AC/DC. That was a great and somewhat bold move on the part of The L.A. Maybe band members since last month, I saw an older YouTube video of the band (without Robinson) playing what seemed to be some sort of outdoor fair at night with — I am assuming — guitarist Drizzle Silvera on lead vocals. Let’s just say getting Robinson in The L.A. Maybe line-up was a great move! Interestingly enough, The L.A. Maybe released a four-song EP before Robinson came along and three of the four songs on the EP made their way onto the group’s debut full-length album Dirty Damn Tricks.

I had mentioned that if all of the songs were as good as “Mr. Danger”, this would likely be the album of the year. Unfortunately and although there are a couple more really good songs such as “Sucker Punch” (the second single), “Oh Sugar” (the third single) and “She’s Reckless” (what should be the fourth single), the latter half of the album just isn’t as strong and unable to carry the momentum of those first four songs. To their credit, The L.A. Maybe are no AC/DC clones despite having a singer that could likely easily handle any song in the AC/DC repertoire. There is also a big difference in that the group has a full-time keyboardist so even the more rocking sound seem to have some keyboards on them. After the first four stellar tracks, “Peace of Mind” slows things down quite a bit before picking up for the chorus section. I am really on the fence for this one. I like the faster paced and catchy chorus portion but those slow and rather dull verses make this a “skippable” track.

Sadly, The L.A. Maybe follow the “skippable” track “Peace of Mind” with another ballad “When I’m Gone.” Although Robinson sounds good and this might qualify as a weaker Tesla type ballad, my interest is starting to wane at this point. Thankfully, “Take Me Away” picks up the pace and gets the album back on track. However, even if you removed the two aforementioned slower songs, “Take Me Away” would still be one of the weaker tracks on the album. “Sweet” is a remnant from the band’s EP and another slower to mid-tempo track with an almost a tinge of country. “Fake” picks up the pace but after four questionable songs, this one doesn’t really capture my attention. It’s only when the album closer “Up Next To You” comes on that my interest is engaged. The singing on the track is interesting because there are backing vocals repeating certain words that Robinson sings during the verses. This could work out into a terrific live track for the band with those singalong opportunities.

Overall, The L.A. Maybe‘s Dirty Damn Tricks has some tremendous songs on it but those are confined to the first four tracks. After that, it’s mostly downhill with the tracks not measuring up to Robinson‘s vocal talent. Sure, Robinson saves some of the remaining songs making them listenable simply because he’s got a great voice but if anything, The L.A. Maybe prove that even with one of the best youngest singers in the line-up, you still need killer songwriting to make a great rock n’ roll record. The L.A. Maybe have a couple of really strong tracks on their debut full-length album but not enough to keep my attention throughout the entire record. That being said, coming up with three to four killer tracks on one album needs to be celebrated somewhat. I think the best is yet to come for The L.A. Maybe and with some refining of their songwriting, they have the potential to put out a really killer rock n’ roll album.

Production:
Mixed and mastered by Machine