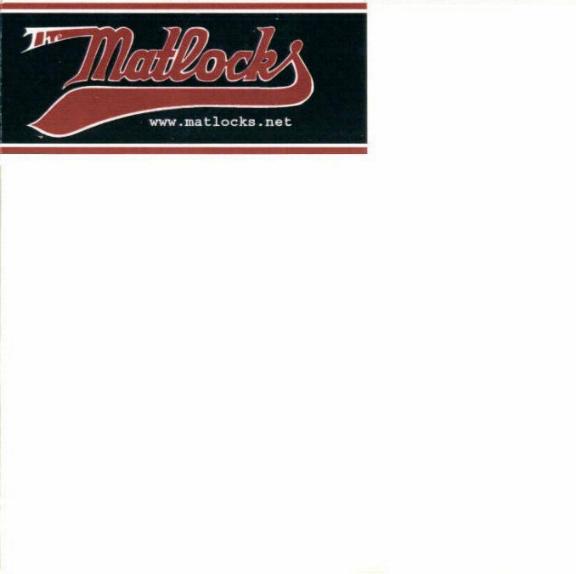 Review:
Sweden must be the hotbed for new rock talent, as The Matlocks are another cool band to come from that country. With tongues firmly in cheek, they deliver a 70s fuzzbox sound that is reminiscent of Monster Magnet. I have no clue if this is a group of brothers or if they imitating the Killer Dwarfs by giving each member the same surname.

“Holadda Rock” is the best song on this four-track demo. The vocals at times have the same bluesy feel as Little Caesar‘s Ron Young before kicking into high gear on the chorus. The guitar and drum sound is superb on the up-tempo “Give Way”, which is what Monster Magnet would sound like if they were more upbeat. “Kung Fu Woman” is fairly forgettable, but “Poolboy” with its aggressive attitude and punk feel closes the disc on the right note.

I wish there was a lyric sheet included here, because if I am hearing things right there are some lyrical gems on these songs – but I’m not 100% sure. This demo and previous ones can be purchased at The Matlocks.