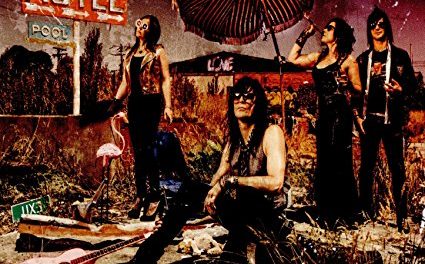 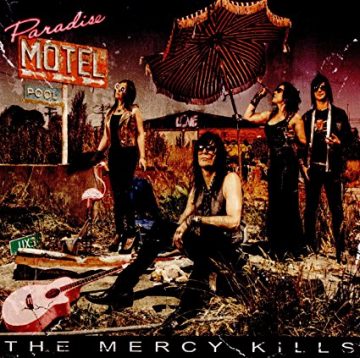 Review:
The Mercy Kills who hail from parts down under — Melbourne, Australia to be precise — are playing a most excellent variant on some supremely sleazy rock/punk. This EP Paradise Motel is an excellent compliment to the band’s already heavy discography and shows the band’s continued maturity in both song crafting and musicianship.

The Mercy Kills are a band that look good, are sexy and cool as fuck actually, sound great and I would assume smell nice too. I wish them continued success and the wherewithal to keep making music as I know I am a fan and I will keep buying. Speaking of which Mark E, Nathalie Gelle, Jen X and Josh Black — we are well overdue for some new music. The Mercy Kills are for fans of the aforementioned The Pursuit Of Happiness and The Lemons, and also if you like Iggy Pop, The New York Dolls, Jane’s Addiction and Roxy Mae.

THE MERCY KILLS perform the title track from their new European album ‘Paradise Motel’ (released through ‘Bad Reputation’). This video is taken from the Par…