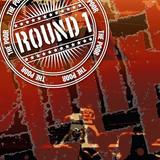 THE POOR
ROUND 1
Released 2009 (Riot Entertainment)

Production:
Produced by The Poor, Greg Clarke and Billy Thorpe.

Review:
The Poor represented one of sleaze metal’s final breaths as grunge music was suffocating the entire scene. It was 1994 when this Australian band scored minor success with their un-relenting single “More Wine Waiter Please”, a sleazy number that sounded like Kix on crystal meth. It was a miracle that The Poor were able to garner even the slightest bit of interest in those lean anti-rockstar times, but they did… if even for a short while.

Flash forward fifteen years, to a time when Airbourne has managed kick the door down for AC/DC inspired rockers… so what better time for one of the originals to return? And that is exactly what The Poor have done, returned after a long sabbatical to unleash Round 1. Although to say this band completely disappeared would be a bit of a lie, as the majority of this CD was record between 2000 and 2009, roughly a year per track! Why these guys recorded at a snail’s pace I have no idea, but thankfully it was eventually wrapped up and served to the fans.

After taking so long to put together this new album, it could be said that it is a bit short and that the production is lacking in places. But it is also that raw production that perfectly fits songs like “Kill My Faith”, a screeching opener. “Death Of Me” is where the Jackyl comparisons come into play, especially in Skenie‘s irate vocals. The other stand-out tracks on Round 1 are “Last Laugh”, which is infused with some cool slide guitar work, the Broken Teeth reminiscent “Prisoner Of Fools” and “Guardian Angel”.

If there is one thing wrong with this CD it is that it lacks some consistency. “No One’s Home” for instance completely misses the mark and comes across as annoying while “Love Isn’t On Again” doesn’t seem to go anywhere. “Can’t Feel A Thing” is more less an instrumental with gang vocals thrown about, and because of that comes across as filler material. Finally, I’m not sure what to think about the ballad “Goodbye” – the hoarse vocals make the song work, or at least makes it unique.

Overall I’d suggest picking up Round 1, simply because the good tracks are great. Even if a few of the others lack in comparison the good definitely outweigh the bad. Hopefully the timing is better for The Poor this time around and that we don’t have to wait an eternity for more barroom Ozzie rock from these guys.