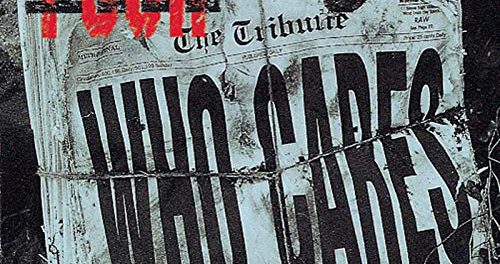 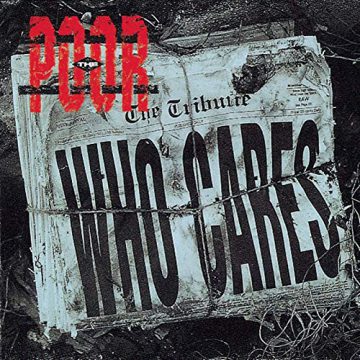 Review:
Before Airbourne made an attempt at becoming Australia’s rock successor to AC/DC, there was another band back in the late ’80s called The Poor Boys who were being touted as Australia’s next big rock export. And what better way to go about that than to have a drummer with Young for a surname who, if I recall correctly, was somehow linked to the famous Young family. If anyone can confirm this, and the relationship, please do so in the comments.

The Poor Boys released two — now rare and hard to find E’s — Rude, Crude & Tattooed in 1992 and Underfed in 1993 before deciding to change their name simply to The Poor to avoid conflict with an American based band who were also going by the name of The Poorboys. In 1994, The Poor released their debut album titled Who Cares, which reached the top five of the Australian music charts and spawned a few well received singles. Tours of the USA, Europe and Japan soon followed. To put things simply, The Poor were a straight up, fun, energetic pub rock band clearly inspired by other Australian band such as Rose Tattoo, The Angels and of course AC/DC. Their songs were full of big riffs, great musicianship and they were fronted by a vocalist who seemed to have a voice straight out of an ashtray.

Unlike other bands though, The Poor were far from being carbon copies of their influences even though their music was primarily riff based. Their song structures, rawness and attitude set them apart from their contemporaries and I would be hard pressed to name another Australian rock band around that period, except maybe the Candy Harlots, that got my attention as much as they did. Unfortunately, like many other bands at that time, the changing musical climate of the early 90’s, and to a lesser extent, Skenie’s vocal style being somewhat of an acquired taste, saw the band fall from the public eye and eventually break up in 2000 without releasing any new material, apart from one stand alone single in 1998. Thankfully though, The Poor got back together in 2008 and have remained a fixture on the Australian music scene ever since.

The opening track on Who Cares is the appropriate “Poison” which basically highlights what you are going to get on the rest of the album. Sudden bursts of guitar chords, cymbal crashes and snare hits in the intro transition to a simple groovy riff which varies in tempo at different intervals of the song. Skenie’s vocals are gruff and spit venom during the verses. In stark contrast, when the bridges hit and his vocals have to go up a notch in range, they sound like they could blow out at any second providing that ‘living on the edge’ excitement — very similar to the feeling I get now when I listen to Sydney Snow from Löve Räzer. The song is topped off with a simple catchy chorus and a great guitar solo.

Next is “Dirty Money” with a build up styled intro that leads into another set of great riffs. The verses are driven along by the bass and are complimented by short guitar squeals. Another simple chorus and some great gang vocals increase the intensity and really showcase how accessible these songs are. For me, the pinched guitar notes during the verse after the first chorus are a highlight. For some bizarre reason, it is a style of playing that I have really come to enjoy and it breaks up the monotony of songs with simple power chord structures. “Man of War” follows with a nice clean arpeggio arrangement providing a smooth calm atmosphere, before being interrupted by Skenie’s gruff vocals. The song then transitions seamlessly into multiple guitar riffs whilst maintaining the original tempo, which is solidly backed up by a throbbing bass line. The structure of the song is beyond superb and the gang vocals during the chorus makes this song one of my favorites.

Next is “Tell Someone Who Cares” which has another groovy riff and a whole lot of middle finger attitude. A rumbling bass line holds up the verses before the main riff fills out the chorus. A short up tempo section introduces a blistering guitar solo and to top the song off, we are provided with a short calm interval that gives way to a frantic ending. “More Wine Waiter Please” follows and was the big hit from the album entering the charts throughout the world and peaking at number 30 on Billboard’s mainstream rock chart. It is a straight up energetic rocker with sleazy street wise lyrics and an infectiously catchy chorus. The irony being that The Poor are gritty pub rockers, and rockers would never order wine from a waiter at a pub or bar. Most definitely it would be a beer.

“Ain’t On The Chain” follows the same style as “Tell Someone Who Cares” with its calm verse pattern giving way to a big guitar driven chorus. “Downtown” has that simplistic commercial appeal with riffs that are recognizable from a million other songs. The fast up beat tempo makes sure that the song doesn’t hang around long enough to become repetitive and the simple chorus gang vocals give off a Mötley Crüe “Dancing On Glass” kind of vibe. “Hair of The Dog” is next and is another simple rhythm with lyrics detailing the exploits from a night on the booze. To change things up a little bit, the band decide to experiment with some talk box noise effects after the guitar solo. And to go even further, they add some mock barking and howling noises at the end of the song just for fun.

My favorite song “Liar” follows with its cool riff and humorous lyrics. It is an enjoyably quick romp with another big chorus and a great guitar solo with the highlight definitely being the lyrics which detail anecdotes with the opposite sex. “Ride” ups the tempo once again with The Poor’s catchy chorus writing ability on full display here and possibly being the most memorable on the whole album. “Only The Night” closes the album in commanding fashion with a blues based riff similar to Van Halen’s “Hot For Teacher.”

Twenty five years after its initial release, Who Cares is still an enjoyable album from start to finish. It benefits from having a lot of musical variety to the songs, with some being fast paced, some being driven by the bass and most never having to rely on one repetitive riff. Lyrically there is also a lot of variety, with The Poor rarely taking themselves too seriously, except maybe for the song “Man of War”.

The REAL clip UNCENSORED for all your listening AND watching pleasure…..cause ‘ITZ ALL ABOUT THE RIFF’ m/

The Poor’s “Man of War” video:

One of the many great song’s from The Poor’s debut album ‘Who Cares’ from Video Smash Hits 1994. This is the single edit of the song, the album version is mu…

2nd single off the 1st Album ‘Who Cares’ by ‘The Poor’