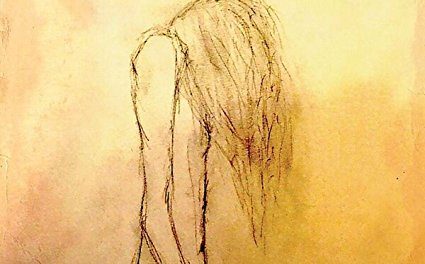 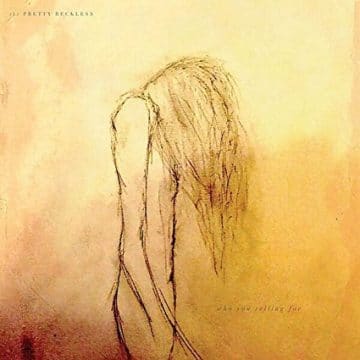 The Pretty Reckless, who are based in New York, have been making serious noise lately with their album Who You Selling For. In fact, it’s pretty hard to ignore their presence on rock radio, including a third week at number one for Nikki Sixx’s Sideshow Countdown. I’m assuming third week as the show is being broadcasted as I write…  The Pretty Reckless became the first act to have its first four entries to land the number one spot on Billboard’s Mainstream Rock Songs airplay chart (which began in 1981), as “Take Me Down” rose to number one on the chart dated November 5th. This beats Three Doors Down, Volbeat, Puddle of Mudd, The Black Crowes, etc. for that title.  Not bad at all.

In my experience, there are two camps with opinions on The Pretty Reckless. Either the band is pandering to the mainstream, or they are creating adventurous, modern hard rock. I tend to fall into the latter camp. Sure it’s not wrapped with fist in the air, leather cladded attitude. But The Pretty Reckless offer something many bands don’t any more… nuance. They have a subtlety to their music that is sorely lacking in today’s sphere of hard rock influence. Much like The Answer’s new release Solas, Who You Selling For searches for heart over attitude, and the album has been done really well.

Taylor Momson’s singing is fantastic throughout. She can float between gentle Alanis Morrisette and wicked Janice Joplin without losing a beat. “Back To The River” is an excellent example of her vocal stylings.  The title track “Who You Selling For” is a gentle showcase for Momson, with laid back instrumentation and almost ’90s style alt-rock sound. The album’s lead track “Hangman” begins with a gentle jazz-piano styling and a gorgeous vocal arrangement, before cutting into ominous guitars and drum/bass with depth. I’m hearing a severe Alice in Chains groove.

“Oh My God” immediately takes the listener in another post-punk direction, with aggressive instrumentation and a great guitar line. Watch the lyric video below and follow along to the lyrics to this angry, politically motivated song. And then I just snapped my neck from whiplashing on “Take Me Down.” I love the feel and the way the vocals are driving this song. “Prisioner” is sounding very similar to “Heaven Knows” from the previous album Going To Hell with the same stomp and guitar noodling. As I mentioned earlier, “Back To The River” is a pretty cool throwback to The Band or Allman Brothers. Not coincidentally, Warren Haynes of the Allmans and Gov’t Mule is the featured guitarist on this track.

It gets a tad mellow for me for the next few songs, including “Who You Selling For” and “Bedroom Window.” However, the band brings the rock back into focus with “Living In The Storm.” “Already Dead” is a bluesy affair, back to mellow, but with a certain edge to it, brought out by the lyrics and underlying guitar tone. “The Devil’s Back” is alright, but why does “Mad Love” start off with a “Lucy In The Sky” style Beatles like keyboard and evolve into a bad disco tune?

Ya, I like this album. I like this band. Took me awhile… years… to appreciate what they do and how they do it. The Pretty Reckless‘ success can’t be ignored, and it is groups such as these that not only inject new ideas into the hard rock scene, but keep it alive and vibrant on otherwise bland and predictable mainstream rock radio.

The Pretty Reckless‘ “Take Me Down” video:

The Pretty Reckless – Take Me Down (Official Music Video)