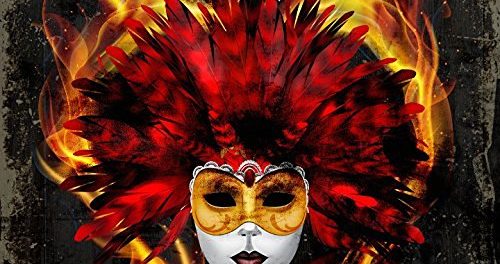 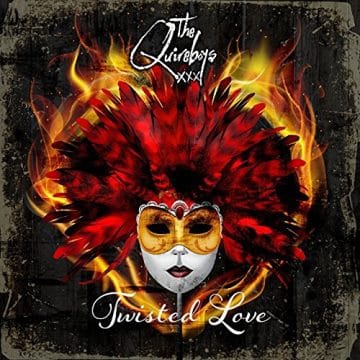 Review:
I think I’m preachin’ to the choir here by saying that these UK boys were originally called the Queerboys out of Newcastle UK back in 1984. They ultimately changed their name to the London Quireboys for their first international release, A Bit of What You Fancy, in 1990, featuring the iconic “Seven O’Clock.”

A Bit of What You Fancy is the cornerstone by which the The Quireboys are supposed to be judged. I tend to disagree. While that was a classic album, Twisted Love is new, modern, and a mature outing for the band. It is as much The Answer as the Rolling Stones… southern US rock infused with British enthusiasm and sensibility.

Twisted Love is not an album to be judged on its first single “Twisted Love.” That’s simply the most accessible track, sounding like Steel Wheels era Rolling Stones. Songs like “Breaking Rocks” or “Gracie B (Part II)” have a smouldering slow burn to them; a groove and feel that really appeals to any fan of blues-based hard rock.

I’m loving “Life’s A Bitch” because it is classic London Quireboys — great rock n’ roll without the pretense. The album’s lead track is seriously southern blues like The Answer has done, whereas “Ghost Train” is an organ-driven piece that sounds fantastic. “Killing Time” has a groove that is interesting, if not infectious. Catchy, but not particularly memorable. It’s about the same for “Shotgun Way.” The honky tonk piano adds much to this song, but overall, I won’t remember this track for very long. “Midnight Collective” is also modern Rolling Stones. Not bad, I’ll take it.

I don’t get “bonus tracks” as a marketing strategy these days. Sure, it worked when people were choosing between the basic release or the enhanced version, but it’s all digital these days. An extra track or two doesn’t make a difference whether you get the album or not. That said, “Win Some” is worth checking out as a solid rock song.

Twisted Love is one of those albums that if you weren’t a fan of the Stones‘ Steel Wheels, then you should go track by track to pick the gems. If you like the lead track “Twisted Love”, then you’re already up on the game and get the whole record.