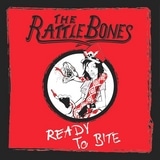 Production:
Produced by The Rattlebones and Dave Snow.

Review:
There is something to be said for simplicity, and Switzerland’s The Rattlebones keep things simple. They may not be the best band I’ve come across in my life, but their sense of rhythm could rival anyone. Even the songs that don’t quite work contain grooves that would make seasoned veterans like AC/DC proud, and for that I congratulate the band.

The Rattlebones play with the same sort of laid-back swagger that Gilby Clarke and Izzy Stradlin have done throughout their solo careers. It isn’t the most original recipe, but it is the type of barroom boogie that rarely lets you down. I can’t say I am completely sold on the vocals, which I can only compare to a less hoarse version of Motorhead‘s Lemmy, but they do seem to fit the music perfectly.

Although when all the pieces fall together for The Rattlebones they nail it. Without a doubt this is guitar oriented rock ‘n’ roll, and even when their songs aren’t quit up to par the rhythms are incredible. Take “Sister Sinister” for example, which has a simple guitar riff that builds itself up for an effective sound. Meanwhile “Dynamite” is one of the band’s faster songs and finds them laying down a straightforward groove that sucks the listener in. Then you have tunes like “Rattlesnake Poison”, “All Right”, and “Drunken Doctors” that keep hammering home the same formula.

I absolutely love the rhythm and groove that The Rattlebones have managed to put to disc, but my complaint would be that the album doesn’t offer much variety and I for one would like to hear them speed things up and let loose more often. I don’t know what sort of rock scene there is in Switzerland, but The Rattlebones lay down a solid foundation for their country, displaying a sense of rhythm that few bands can claim to have mastered.