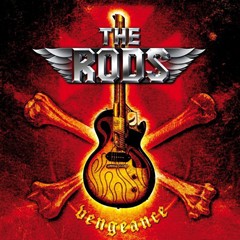 Review:
East Coast rockers The Rods have reunited for another go at it. Hot on the heels of David ‘Rock’ Feinstein‘s solo effort Bitten By The Beast comes The Rods‘ Vengeance, the band’s first studio album in 25 years. Unlike the eclectic solo effort by Feinstein, this album is a true hard rock/metal effort through and through.

In their prime The Rods never received the level of praise and success that they should have, instead they gained the type of underground notoriety that bands like Anvil, Raven and Exciter received Stateside. Vengeance is a true retro album — it is pure uncompromising, aggressive and melodic heavy metal. As individual musicians The Rods have been overlooked, but as a collective unit they are tight, precise, primed and ready to rock. David ‘Rock’ Feinstein‘s vocals aren’t the most dynamic, or impressive for that matter, but they have stood the test of time.

Certainly there’s some level of nepotism here as both The Rods‘ and Feinstein‘s new albums were issued by Wendy Dio‘s Niji Entertainment Group and both featured one of Ronnie James Dio‘s final recordings respectively. The truth of the matter is that in the current state of the music business, without the Dio inclusions, both of these albums wouldn’t have stood a snowball’s chance in hell of getting released in any format other than a self-release.

Vengeance is just the right length and even if it didn’t include “The Code”, which Ronnie James Dio sang on, the record is still respectable. Along with “The Code” some of the other highlights include “Raise Some Hell”, “I Just Wanna Rock”, “Runnin’ Wild”, and the title track. If you’re looking for a veteran band that has stayed true to their roots and haven’t embarrassed themselves by stepping outside of what they know then pick up this album.