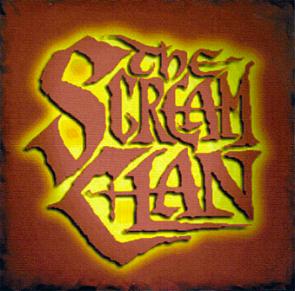 Production:
Produced by The Scream Clan and Mike Harmon.

Review:
Philadelphia’s Scream Clan is a new band unafraid to go against current trends and deliver a sleaze album that harkens back to better days. The thing that made sleaze bands so great in the first place was attitude, and this group of bandits deliver a healthy dose. If Dee Snider was as hungry and ornery now as he was in the early 80s he just might sound like The Scream Clan. Forget the pop-metal sound of so many bands, this is aggressive and in your face rock.

“Livin’ In A Wasteland” kicks things off with what reminds me of a pissed-off version of Ace Frehley‘s “Rock Soldiers”. It has a very subtle guitar effect that ends each verse and adds that little something extra. The contrast between deep guttural and screeching vocals on “Gasoline” makes it incredible. “Heavy Metal” with the chorus of “heavy metal till I die” is one of the best anthems I’ve heard in ages. The band takes a Kiss-like turn on “Hate Me” while “Saturday Nitemare” is as radio friendly as the group gets with it’s bouncing grooves.

Musically the band reminds me of Spread Eagle with some of Diamond Rexx‘s dark overtones. This is a hard-hitting album that reminds me why I loved 80s music so much. Find out more about The Scream Clan at www.screamclan.com.