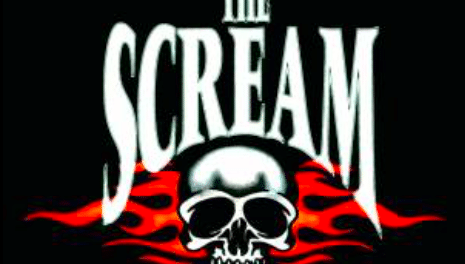 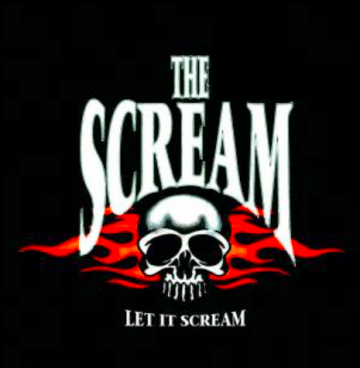 Review by Ruben Mosqueda:
Sleaze Roxx readers are aware of The Scream and their cult album Let It Scream. Originally released in 1991 by Hollywood Records, the band was loaded with talent featuring, John Corabi (Angora) on vocals who was an unknown to those outside of Los Angeles, John (Juan) Aldrette (Racer X) on bass, Bruce Bouillet (Racer X) on guitar and Walt Woodward (Shark Island) on drums, but unfortunately didn’t make so much as a ripple. Perhaps, it was due to shift in the musical tide. The Scream were less glam than the rock acts that came before them, more akin to Aerosmith than Poison, but the fact that they weren’t detuned, made them uncool during the changing of the guard. Of course, readers also know that Corabi then went on to sing for Mötley Crüe, then later formed Union with former KISS guitarist Bruce Kulick.

Let It Scream featured standout cuts like “I Believe In Me,” “Man On The Moon,” “Father, Mother, Son,” “Never Loved Her Anyway” and “Love’s Got A Hold On Me.” The album has held up nicely, mainly because no frills, gritty, bluesy rock ‘n’ roll is timeless and this album is evidence of that. Let It Scream was reissued in year 2000 by the now defunct Spitfire Records. That label frankly did nothing to it — no bonus content and no adjustments to the EQ at all. Needless to say it was disappointing, but at least the album was back in print. Years later, Spitfire closed shop and the catalog of original releases and reissues went away as well.

Sleaze Roxx caught up with John Corabi in the spring of 2018 when he was doing press for The Dead Daisies’ Burn It Down album. Of course, I had to ask about The Scream. “It’s crazy, I’ve got a live record out and this will be my fourth record with The Dead Daisies and now Rock Candy Records contacted me about doing an interview for the reissue of The Scream’s Let It Scream. I’m like, fuck! Are you kidding me [laughs]? I sent [label owner] Derek Oliver eight live tracks to consider for the reissue and spoke with Malcolm Dome for the expanded liners. Derek and Malcolm lost it when they heard the live tracks! I hope they use those for the reissue.” So in the winter of 2018, Rock Candy Records reissued Let It Scream along with six of the eight tracks that Corabi mentioned in the interview.

Included on the expanded deluxe reissue are “Outlaw,” Give It Up,” “I Believe In Me,” “Father, Mother, Son,” “Catch Me If You Can” and a cover of Aerosmith’s “A Lick And A Promise.” Additional content include the deluxe liners along with the interview Corabi mentioned in May ‘18 with journalist Malcolm Dome and a bonus cut “Young And Dumb” first heard on the Encino Man soundtrack, which I could have lived without due to its pedestrian nature. Hate that song! It’s cringe material. Everything else, however is top notch and the EQ has been dialed up, but not brickwalled like some of today’s rock records. So, if you never picked up the album on its first initial run, or during the Spitfire era, now’s your chance to own it again now in all of its bombastic glory. 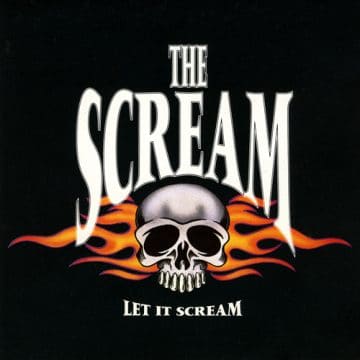 Review by Christopher Carroll:
It was around 1991 when legendary guitar god, Paul Gilbert, left his band, Racer X, to join the band Mr. Big. If you aren’t familiar with Racer X, they were a group of musicians who had mastered their instruments and were technically at the top of their game. Paul Gilbert was a super hero guitarist that was teaching at the Guitar Institute of Technology (part of L.A.’s famed Musicians Institute). Bruce Bouillet, a shredder guitarist, was one of his students that was so good, Paul one day just asked him to join his band. Bassist Juan ‘John’ Alderete, also of the Musicians Institute, was a bassist who was heavily influenced by jazz but whose extreme technique fit in perfectly with Paul and Bruce’s insane playing. Jeff Martin was the singer and Scott Travis was the drummer. This band was picked up by Mike Varney and Shrapnel Records. They were the envy of every shredder guitarist of that era.

Once Billy Sheehan lured Paul Gilbert away, singer Jeff Martin left to play drums with Jake E. Lee in Badlands. The rest of the guys joined up with John Corabi, who was not at all like the technique driven Jeff Martin. He had a rough, soulful voice with a blues feel to it. This enabled the band to branch out from their shredder history and write songs that were meaningful and drenched with passion. You can hear how they switched gears completely and being the amazing musicians they are, dove in and wrote heartfelt songs. Scott Travis left to play drums for Judas Priest and they quickly grabbed Walt Woodward, who toured with them and played on the album.

While this record wasn’t a chart breaker back then, anyone who was a serious music fan back in that era knew about The Scream! Over the years, this album has become a cult classic and for good reason. The songs are amazing! It is a record that is still in my rotation today. It’s been out of print for so long, I had to make copies of my CD to carry in my car for fear of damaging the original. Once the CD was out of print, it was in high demand. It could be seen being sold, second hand, on e-bay for upwards of $100.

In an interview I did with John Corabi for Sleaze Roxx, on the Monsters of Rock Cruise (Monsterwood), I asked about the CD and why they hadn’t reissued it. Corabi explained how much trouble he had with the previous record company not giving up the material. He cited a law that says, after a certain period of time (25 to 30 years, I believe), the rights of the music revert back to the artist. He had to wait until that time came before he could reclaim the music and be able to re-release it. In the meantime, he met up with Juan Alderete, who had found some live footage of The Scream, in concert. I believe he said this was video footage (but I could be wrong). That is most likely where the live songs on the re-issue came from. This wasn’t a pro-recorded concert meant for release, as far as I know. It was just an exciting peek into the music as they played it live, warts and all.  I’m so glad they added these as you can immerse yourself in the energy of the concert that night.

Speaking of the songs….

“Outlaw” — OMG!  The second this song starts, you will thank God you bought this CD! A churning, driving rocker, this song just slaps you in the face, grabs you and then slaps you again! This is truly one of the best songs of all time. When I put this song on, I immediately reach for the volume knob. This song can never be loud enough!

“I Believe In Me” — Again, from the first scratch of the guitar strings, you know this one’s gonna be cool! The stop/starts of the guitar give Corabi the room to weave an infectious melody. And the sax solo? Nice!

“Man InThe Moon” — This is a crowd favorite at all of John Corabi’s acoustic shows! A great example of the magical way these guys are able to take a feeling and deliver it via music. A beautiful acoustic start to the song and then some sexy slide guitar knocks this one out of the park. This song shows off John Corabi’s lyrical ability. The way he so eloquently describes the way he feels just makes you have to sing along. ‘All in all it ain’t a bad change, I like it alone cause no one ever complains.’

“Father Mother Son” — A heartfelt song that John wrote about the relationship between himself and his parents. Another favorite at his acoustic shows. “If I could talk to you one more time… I know we’d work things out just like before.”

“Give It Up” — This song sneaks in with slide guitar and then kicks the door down! The way these guys wrote together is simply impressive! John told me that they sat in a room and just built these songs together and you can really tell. Every guitar part plays perfectly into the vocal line. The marriage between the two is ideal. And wow! Listen to all that Bruce is doing in this tasty solo without sounding like he is over playing!

“Never Loved Her Anyway” — OK… I know I’ve said this before but THIS song is probably the crowd’s favorite at Corabi’s acoustic shows! It’s a cool little acoustic, bluesy song about “all of his ex’s” as he puts it! This song is fun and it’s impossible not to love it. His favorite line in this song is “Standing at the station, staring down the track, left that cheatin’ woman with a footprint on her back.”

“Tell Me Why” — This is another song that requires maximum volume! It starts out with a funky bass sounding keyboard part that just sets the scene for this driving song! Strong, determined vocal line and guitar that paints the picture from the scratchy thin sound to the ripping distorted parts. Bruce tosses in little guitar fills that make your body tighten up! Another sax solo followed by an insane guitar solo. Bruce is such an amazing guitarist that, at first you don’t even notice all he is doing, you just know that you love it! I would say this is my favorite song on the record.

“Love’s Got A Hold Of Me” — This is a cool little song that will get you dancing and I love the cool pre-chorus! The ‘ooooo’ background vocals and who is singing background on this song? It’s awesome and I’ve never known who it is.

“I Don’t Care” — Whoa! I listen to this album all the time and still, I get pumped when I hear these songs! This one starts out and a chill goes down my spine! Powerful music and, of course, super cool lyrics!  Walt does such a great job on the transitions in this song.  This record is just packed with amazing songs!

‘Every Inch A Woman” — This song is a change of speed and more upbeat but still has both the thin, bluesy guitar combined with the powerful distorted guitar. It’s a fun song

“You Are All I Need” — A pretty song with a huge chorus. Jeff Martin (Racer X singer) and even Ray Gillan (Badlands) join in on the background vocals on this song.

“Catch Me If You Can” — Speedy guitar work on this one. It’s probably my least favorite on the album … but come on, I love every other song so much that, this is hardly an insult!

“Young And Dumb” — This is a song that was not on the original release. I’m not sure where it came from but I do know that it was not written by the band. It’s not bombastic like the kickoff song “Outlaw” or tear inspiring like “Father Mother Son” but, in my opinion, it’s nice hearing this band play anything!

In conclusion, if you know about this album, pick up this re-issue! The sound is better, it comes with a booklet insert with some cool old pics and, of course the live versions of six of the songs! In addition to the CD, they have the vinyl and even offer specialty packages that have even MORE goodies to go along with them. If you don’t know this album, then you definitey have to pick it up! It’s a timeless CD with some of the best songs ever written. There is a reason for the demand of this re-issue after decades!