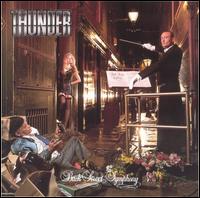 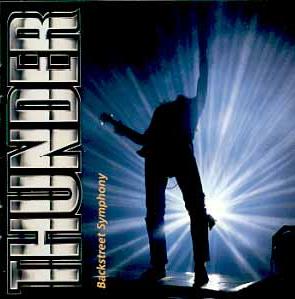 Review:
Backstreet Symphony would turn out to be Thunder‘s most successful release, going Top 20 and gold in the UK and even charting in America. Songs like “Dirty Love” (#55 on the USA charts), “Backstreet Symphony” and “An Englishman On Holiday” rock, while the ballads “Until My Dying Day” and “Love Walked In” also impress the listener.

Guitarist Luke Morley, except for the cover of the old Spencer Davis Group classic “Gimme Some Lovin'”, almost exclusively wrote the album. This album would prove to be Thunder‘s only charting release in America (although they continued to have success in their native country), but they definitely deserved more recognition and therefore Backstreet Symphony gets two thumbs up!