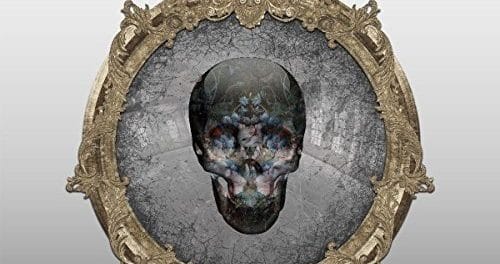 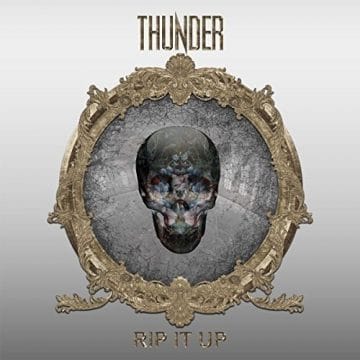 Review:
Thunder are a bunch of guys from London, UK. The band has been together in various configurations since forming in 1989. My favourite source, Wikipedia, states that Thunder have issued ten studio albums, 29 live releases, and nine compilations. Good for them! Clearly they have a following.

All that notwithstanding, I am listening to Thunder for the first time, with their latest album Rip It Up. And, I like it. These guys are likely in their late 50s at least… that’s an opinion based on watching the latest video releases.  Rip It Up suggests Thunder are projecting the spirit of Deep Purple, Bad Company, and a bit of Aerosmith. Thunder are offering old school hard rock without the pretense of the rock n’ roll attitude or lifestyle. They just seem to want to make good songs.

“Shakedown” is a brilliant combination of more cowbell subtly and fist pumping hard rock. Minus cowbell, “No One Gets Out Alive” reminds me slightly of Irish band The Answer, by virtue of the guitar line and overall feel of the song. Title track “Rip It Up” is something of a march beat, with the vocals working well amongst the pulsating guitar and drum beat.

There are a couple of slower tracks on Rip it Up. “Right From The Start” is an acoustic piece with tinges of electric and some drums. I should have paid more attention to my chord progression guitar lessons, because this song has some interesting intervals… I guess that’s why I became a drummer instead. As much as I dislike ballads, this one intrigues me.

Let’s do some comparisons again. “The Chosen One” somewhat reminds me of ’80s fare, with similar keyboard and guitar work.  In my opinion, this is the weakest track on Rip It Up. “Enemy Inside” is a nice little ditty, with a solid riff and good work by all involved. The Who are projected in “Tumbling Down” which absolutely starts with a Pete Townshend riff. That is quickly followed up with a Ritchie Blackmore verse line. The song kind of loses it over the chorus, but fortunately, it is short and moves on. Finally, the album closes with “There’s Always a Loser.” A slower track, it elicits Elton John pianos and John Bonham sounding drums. The production on this song is quite loose, allowing each instrument to explore its acoustic space… all adding to the song’s unique qualities.

Thunder have provided Rip It Up, and I’m glad they did. I’m happy I discovered it. A throwback to ’70s rock with a modern edge, this album is worth exploring. Between the musicianship and the songwriting, there will always be something to like.

Thunder‘s “Rip It Up” video:

Thunder‘s “No One Gets Out Alive” video: