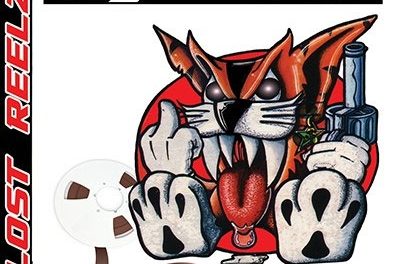 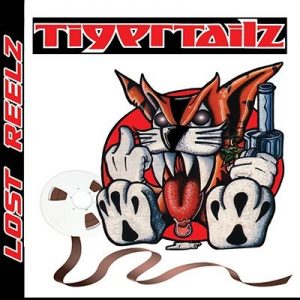 Review:
If you are here reading this review, you are more than likely aware of the band Tigertailz, their music, the ups and downs that they have encountered, etc, so I won’t go into details and shame on you if you don’t. Tigertailz have a strong history behind them, with a formation dating back to the mid ’80s, their first album being released in 1987 and numerous albums having followed since then.

What we have with Lost Reelz is a collection of demos, alternate mixes/versions and some new unreleased material. Liner notes by guitarist Jay Pepper give some background on the eclectic variety of the music and with the list of songs — some dating back to as early as 1993. Diehard followers of the band know that Tigertailz always did things a bit differently from the typical hair metal paradigm and with this release, it seems to emphasize that fact. When listening to Lost Reelz, fans have to realize that this is not a Young And Crazy part 2, nor the bombastic songs off Bezerk. Much of the songs here are rooted in the later era of the band, so that is an indicator and also there is a reason why some songs didn’t make the cut for final release.

I will admit, I was a bit let down by this album because I was looking for a bit of those aforementioned albums — the glam anthems, the rocking guitars — but calmer heads did prevail and I kept on listening. What you got here is 18 songs of different moods, sounds, and ideas. Some of it works and some of it doesn’t but you need to be the judge and you need to see this as snapshots of the mindset of the band during the recordings, their willingness to experiment or play with the formula, and enjoy it for that.

Purist and diehards will want this to complete their collection because there are some cool moments on here. You get to hear Jay Pepper (“Daggers” sounds really cool with Jay singing) and also bassist Pepsi Tate record the vocals on some demo versions of songs, the skeletons if you will before the meat and body of the songs took shape. Extra pictures of the crew at different stages of the band’s existence are within the booklet and getting to see Tate‘s artwork of the mascot “Klint” is welcomed. I say this because the cover image of Klint is a current tattoo for me! For the most part, the songs are of good sound quality and it’s a fun listen as long as you know what you are going to be hearing with this release. Also of note, there is NO Steevi Jaimz material and the album only contains one song with short-lived vocalist Jules Millis, which is the reworking of the song “Fall In Love Again.”

So in the end, take the chance, if you are a diehard like me, it will be an interesting release. Lost Reelz gives fans of the band a different more well-rounded picture of Tigertailz as a whole and to see that they are not just known for the song “Love Bomb Baby” and the band Steevi Jaimz was in.

Reviewed by Will “Bones” Lee for Sleaze Roxx, June 2016