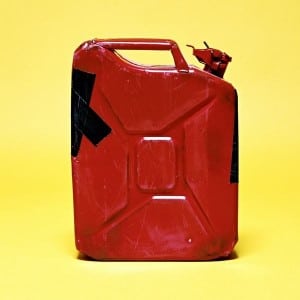 Review:
Torpedohead are a three-piece hailing from Hessen, Germany. III is their third album, behind 2010s Lovesick Avenue, and 2012’s Greetings from Heartbreak Key. Of the debut album, Sleaze Roxx wrote, “Lovesick Avenue works for a couple of reasons. One, the group have a good feel for rhythm and lay down a steady and infectious beat the majority of the time. And two, vocalist Sven Spacebrain has the perfect voice for this type of music with just the right amount of grit and a feeling that it is on the verge of cracking at any moment. Those two elements combined make for an entertaining CD, one that doesn’t really offer anything new yet sounds unpretentious and straight from the gut.”

Unlike most bands I review, I’m flying blind here. The brain trust at Sleaze Roxx world headquarters didn’t see fit to provide me with a band bio. Even worse, I was not even given the names of the songs! It’s like playing Russian roulette every time I hit play on the MP3s. I was able to endure despite the challenge with the song titles.

Torpedohead are something of a strange fish. Part Faster Pussycat, part Cheap Trick, part Green Day. Sometimes all in one song. That’s not to say I haven’t enjoyed my time with the album III. It’s easy listening for the rock set. Clocking in at a mere 36:43 for 11 songs, the band blazes through the album with a sound and delivery that is really quite appealing.

Starting with what I know as “Track 01” (or, as I think it’s called, “Get Off My Back”), it’s a whole lot of fun. The song kicks hard on all cylinders and sets the appropriate mood for the rest of the album. Followed up quickly by “Wildfire”, another blazing track that is easy to sing along to on those long car rides. It has a Poison meets Weezer thing going for it, and it works. Smack to the head — “Blood on Wheels” hits hard and fast with killer guitar work and a catchy chorus.  I might go out on a limb and say there is a bit of filler on III. “Enough Is Enough” is kinda flat, and the two ballad-like songs “Peace Of Mind” and the mandolin laced “Sweet Mystery” don’t do much for me.

However, there’s enough raw energy on “Angel City” and “Shanghide” to make up for it. But, if you want to talk about Faster Pussycat-inspired pure sleaze, “Drunk On Sunday” and “Cesspool Dreams” are wild. These are hitting my mix tape soon… as soon as I can find cassettes to record on somewhere!

I have nothing disparaging to say about Torpedohead’s III. In fact, I really like it as an album. It’s a solid mix of punk and sleaze that I think readers and listeners will appreciate.

Watch “Get off My Back”

New Torpedohead single “Get Off My Back” out on iTunes and AMAZON from the upcoming new studio album “III” coming in April 2016 ! Filmed and edited by Hänry …

Second new Torpedohead single “Blood On Wheels” out on iTunes and AMAZON from the upcoming new studio album “III” coming in April 28th 2016 ! Filmed and edit…