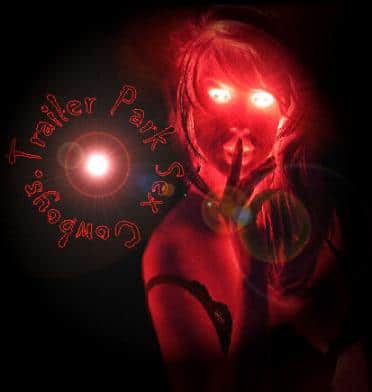 Review:
Canada’s Trailer Park Sex Cowboys have an odd moniker, but one that completely matches their strange delivery. The band seems unable to decide what venue they want to pursue and in the process come across as one of those bar-bands that play competent covers but are nothing more then background noise while you and your friends get wasted.

Honestly there isn’t much here that catches my ear. The majority of material seems to be half-assed, and there is too much of a Nirvana fetish on songs like “Give It To Me”, “Just Leave” and “Famous” (this acoustic number would have been a cool track for Nirvana). “Superhero” has a Circus Of Power feel to it, but would it have been good enough to make it on any of their albums? A couple of the songs have potential, those being “Dope” and “Girl That Rocks My World”. The later is a seventies sounding rocker (almost completely out of place on this disc) that has a lot going for it – some production and guidance could make it work.

And that is the biggest problem with this release, the production, or complete lack thereof. I suppose you could say this album has a live feel, but it sounds very amateurish in the process. Partly due to that the album as a whole comes across as boring and gives you the feeling that you’ve heard it all before. Aside from the band name, I couldn’t find much of anything that was memorable here.