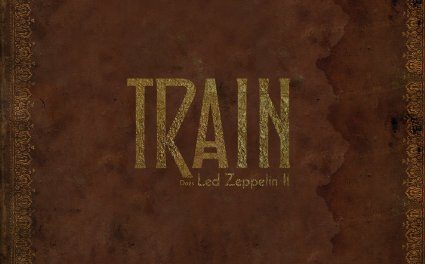 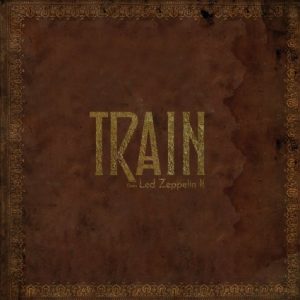 Review:
You’re probably wondering why there’s a Train review on Sleaze Roxx. The band best known for their ‘lite’ pop rock radio hits like “Hey, Soul Sister” and “Drops of Jupiter” are gifted musicians and not one trick ponies. The line-up has shuffled around a bit over the years, but the face and voice of the band is frontman Pat Monahan who in spite of your probably dislike for the band, can sing.

On their latest effort, Train do the ‘unspeakable — the band tackles the 1969 Zeppelin sophomore effort II thus the title Does Led Zeppelin II. For those that aren’t aware, Monahan cut his teeth playing in bars singing Led Zeppelin and this is a chance for him to showcase that he can ‘rock.’ He most certainly does as does the band.

Nothing can match the reckless, explosive and powerful energy of the ‘real deal.’ Train do give Zeppelin a run for their money as heard on their renditions of “Heartbreaker,” “Whole Lotta Love,” “The Lemon Song” and “Ramble On.” The track that steals the show is “Moby Dick” which as you know, doesn’t even feature a vocal. This rendition could even leave Jason Bonham dumbfounded — it’s that damn good. In the end, Does Led Zeppelin II is all in good fun. The band showcases its chops and does it for a good cause in the name of rock ‘n’ roll. Some will love the idea; others will frown on it. If you’re remotely curious, pick this up. You’ll enjoy it.

The proceeds of Train‘s Does Led Zeppelin II will benefit a charity called Family House. It offers temporary lodging for families and loved ones of sick children receiving treatment in a Bay Area (San Francisco, California, USA) hospital.

Led Zeppelin has always been one of our favorite bands, and we couldn’t wait to record one of their albums for all of you. Train does Led Zeppelin II is out …

Led Zeppelin has always been one of our favorite bands, and we couldn’t wait to record one of their albums for all of you. Train does Led Zeppelin II is out …