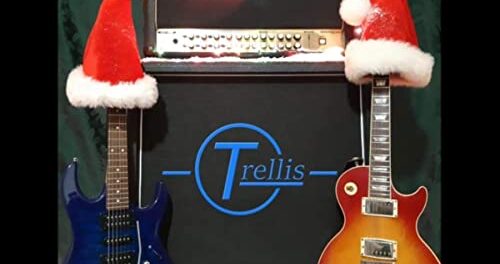 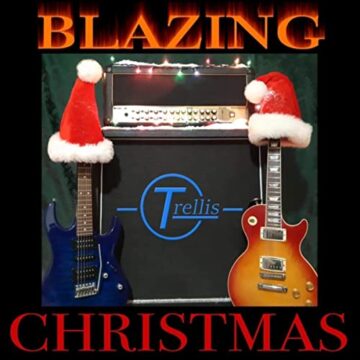 Review:
Unfortunately these days, most CDs that make their way to the Sleaze Roxx headquarters consist of unsolicited music that usually does not fit Sleaze Roxx‘s musical scope. I always wonder why such CDs even make their way to Sleaze Roxx but it is what it is. It seems quite clear to me that Sleaze Roxx does not cover black metal, death metal, alternative rock music, etc. One CD that arrived out of the blue was Trellis‘ Blazing Christmas. The album cover looked promising with two guitars and an amp amid a Christmas theme. Could it be that the songs on Blazing Christmas would fit Sleaze Roxx‘s musical scope? I was hoping for the next coming of Twisted Sister‘s brilliant album Twisted Christmas.

Sadly, that is not what I heard on Blazing Christmas. In fact, there was nothing blazing about the record at all. The first thing that struck me was the guitar tone. I simply didn’t like it. It was distinctive but in a bad way. At that point, I flipped over the CD to look at the tracks and who was part of the band. I then realized that this was an instrumental album since there was no vocalist listed. Trellis appears to be a one-man show with Chris Wira handling the guitars, bass, drums as well as the mixing, mastering and production of the record. With no singing on Blazing Christmas, the guitar tone becomes the focus and the record simply fails because of it.

If it wasn’t for the familiar melodies of many of the songs on Blazing Christmas such as “O Come All Ye Faithful”, “Joy To The World” and “Angels We Have Heard On High”, the album would simply be painful to listen to. When Wira throws in a little improvisation into classics such as “Joy To The World”, he loses my interest and attention rather quickly. As I did a little bit of background research on Trellis, I noticed that there was a video released for the single “Keep On Running” with Brian Austin handling the lead vocals. I think that Blazing Christmas could have been a lot better with Austin providing some vocals which would have taken the focus off Wira‘s guitar tone and put more emphasis on the Christmas classics themselves. Overall, Trellis‘ Blazing Christmas is a hard pass.

Trellis‘ “What Child Is This” video: